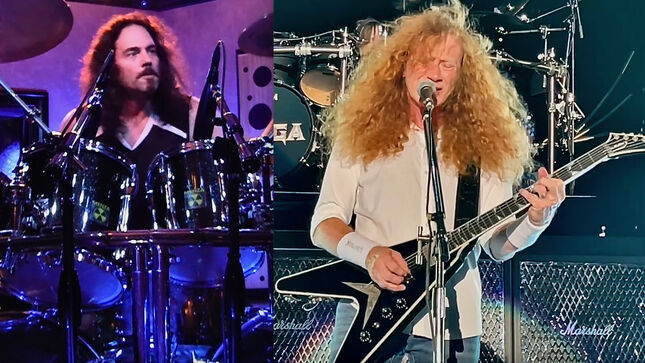 While going through unreleased audio files for the upcoming documentary film on late Megadeth drummer Nick Menza, This Was My Life - The Story Of Nick Menza, an interesting interview with Nick surfaced, in which he tells a story about the time he witnessed Dave Mustaine fall into a weird trance, presumably possessed by a demon and talking in tongues. In the clip, Nick also talks about a spell/hex Dave put on someone, called "The Devils Shoestring", that backed fired on Mustaine.

BraveWords is exclusively releasing the audio clip, which was recorded at Nick's home studio sometime in late-2014 and was supposed to be released via the 'Menza Mega Video Vault' web series. The full unreleased audio will be a feature highlight in Nick's documentary.

Previously unreleased drum-cam footage of  Nick Menza playing along to the band's classic song "Wake Up Dead" featuring David Ellefson's original 1986 isolated bass track which originally appeared on the band's second classic record, Peace Sells... But Who's Buying? can be seen below.

The HD video, shot in a two-camera-angle mix was filmed in March 2014 at Uberbeatz Studios in Seattle, Washington. The drum audio was mixed by Richard Easterling / KRM Studios and is believed to be some of the final studio drum recordings of Menza before he passed away more than two years later.

The footage was supposed to be used for the late drummer's first-ever instructional DVD, "Intense Mega Drumming", that was to feature 10 re-recorded classic Megadeth drum tracks with tons of tips and tricks from Menza's arsenal to help teach anybody out there become a better player. The DVD, which was produced and directed by Kari Pearson and edited by Menza's manager, Robert Bolger, has since been shelved.

The unreleased video footage from the session will be a featured highlight in the recently announced official Menza documentary film, This Was My Life - The Story Of Nick Menza. It is described in a press release as "an unflinching exploration into the life of one of the most successful thrash-metal drummers of all time, authorized by the Menza family.

From his childhood all the way through to the end of his life including a true blow-by-blow account of the repeated failed attempts of the classic 'Rust In Peace' lineup." "This Was My Life - The Story of Nick Menza" is being produced/directed and edited by Holly Mollohan from Screaming Butterfly Entertainment.

Mollohan said: "'This Was My Life: The Story of Nick Menza' is now deep into the production phase of the film. The generous support of the fans during our Indiegogo campaign, as well as the amazing participation of the interviewees has enabled us to gather some truly unique memories and stories. For this, we are truly grateful.

The Menza family previously said: "We are excited for the fans to see the life Nick lived before, during, and after Megadeth, it was quite the journey. Stay tuned for an epic documentary. As Nick would say, 'It's gonna be RAD, Thank you everyone for the continued support in keeping Nick's legacy alive."' 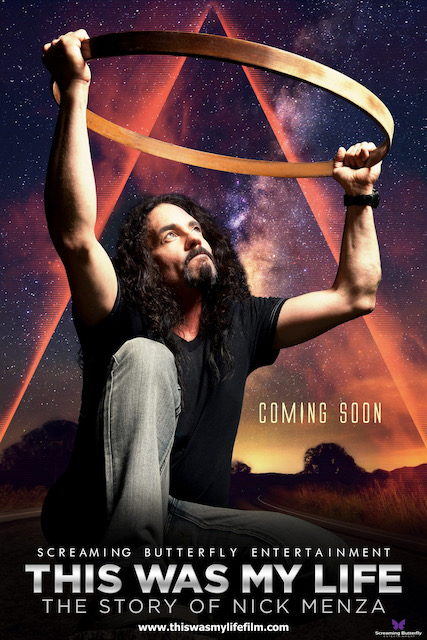 "This Was My Life" will be the first-ever film to memorialize Menza's legacy and celebrate his life exactly how it was. It is described in a press release as "an unflinching exploration into the life of one of the most successful thrash-metal drummers of all time, authorized by the Menza family. From his childhood all the way through to the end of his life Including a true blow-by-blow account of the repeated failed attempts of the classic 'Rust In Peace' lineup."

The cover photo for the film was shot by Los Angeles music photographer Alex Solca and designed by Brazilian artwork designer Alcides Burn of Burn Artworks.