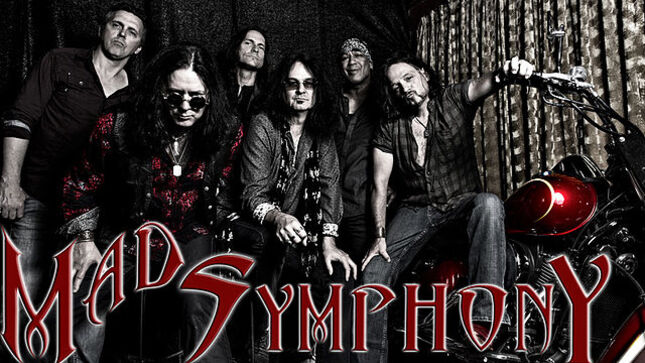 BraveWords is premiering the video for "The Next Door", from Vancouver-based melodic prog-rockers Mad Symphony. The song is featured on the band's debut self-titled album, available worldwide via MR Records.

On the inspiration for the video, guitarist David Groves reveals: "'The Next Door' is a song about trying to make the right choices in life for ourselves and how those choices don't always work out the way that we had hoped for or planned. Game shows such as The Price Is Right and Let's Make A Deal were the perfect backdrops to dramatize this lyrical theme in a compelling and often comical way."

On why the band picked this song for a video, Groves adds: "''The Next Door is a song that perfectly encapsulates all the elements that make up Mad Symphony. Soaring harmonies and melodies are woven through interesting and ever-changing rhythms. Chunky guitar riffs blend with the bass and keyboards in a cacophony of instrumentation. Mostly though, we just wanted to see our lead guitarist get decapitated by an angry rabbit....and this song is perfect for that!"

Mad Symphony is the collaboration of accomplished and professional Vancouver-based musicians who collectively have many years of experience writing, recording, and touring internationally with various acts. Formed from the ashes of Seattle grunge-metal band Soulbender (which also featured Michael Wilton of Queensryche fame on guitar), lifelong friends and collaborators Dave Groves (guitar) and Wes Hallam (drums) joined up with multi-instrumentalist/producer/engineer Ted Tosoff (Blue Voodoo) in 2018 to begin writing for a new, as-yet-unnamed project.

Ted knew of powerhouse vocalist Kevin Wright (The Wilds), whose raunchy and melodic vocal stylings a-la Bon Scott and Robert Plant, fit the new songs perfectly; Kevin was quickly recruited into the fold. To round out the lineup, the formative members didn’t have to look far. Dave and Wes had both played with keyboardist Mike Russell (Sweeney Todd) and bassist Amrit Prasad (Assault), but not always in the same bands or at the same time. With the addition of Mike on keys and Amrit on bass Mad Symphony immediately began recording their debut album and rehearsing tirelessly.

With the goal of creating memorable and powerful music that resonates with the listener both in style and substance, Mad Symphony writes songs with a message of hope and resiliency that harkens back to the glory days of rock and roll. Screaming guitars, driving drums, and huge vocals combine with melodic keyboard orchestrations and thundering bass to make the sonically dense and raucous sound that is… Mad Symphony. 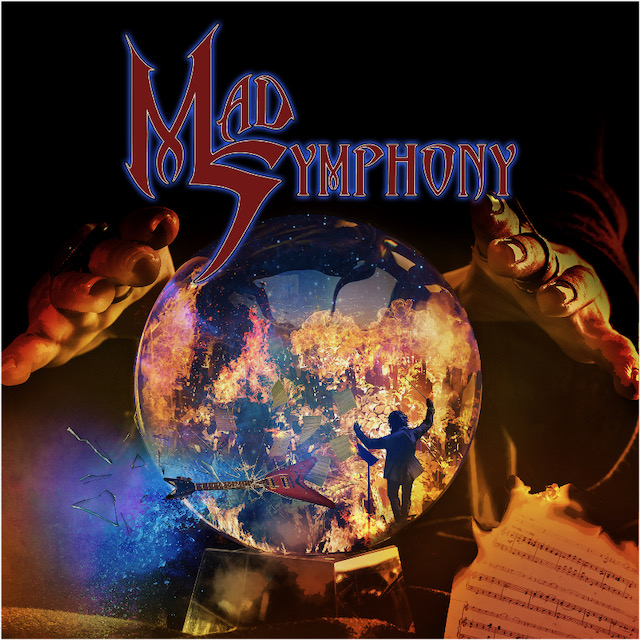