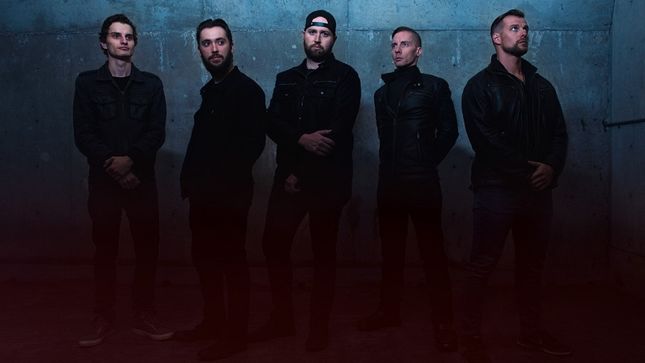 Saskatoon's Saintvicious has a topical new single out, “Sticks + Stones”; it’s a modern metal song depicting the growing polarization in Western culture, and how mob mentality has challenged our ability to be critical without the “you’re with us or against us” blowback.” The track was mixed by Josh Wildhorn (Designer Disguise, Reanimations) and mastered by Grammy-nominated Tyler Smyth (I Prevail, Falling In Reverse, Blessthefall).

The new single will be very familiar to previous releases, with the addition of synthesizers for texture and as a lead instrument; allowing the band to push creative boundaries. “Sticks + Stones” is melodic, raunchy, riff-driven rock; it’s a big sounding song that provides an immersive listening experience. The band explains the track in their own words:

“It’s a loud, aggressive, fast-paced look at the frustrations of our current world. A world where being right is the be-all, end-all, and punishing those who don’t agree. It’s about wanting to be the smartest person in the room and the hypocrisy that follows someone who thinks they are never in the wrong.”

In the early days, the intention behind Saintvicious was to play high energy rock 'n’ roll, like a flashback to ‘80s radio rock, but having performed in metalcore and thrash bands before, those elements started coming out. Now, Saintvicious is a summation of their metal influences, but within the boundaries of a standard rock formula.

The single will be available for stream and download as of November 20 on Bandcamp, Spotify, Apple Music.