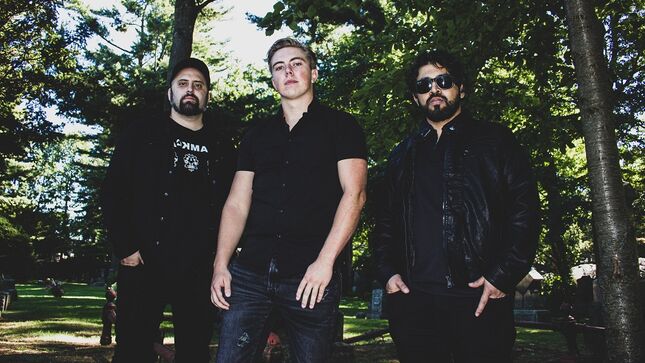 The Year Walk is the third EP Malacoda will release in 2021. Four more songs which build upon the band's symphonic sound first explored on 2016's Ritualis Aeterna. BraveWords is premiering the stream of the EP – listen below.

The band comments: "The Year Walk is finally out! At the time of year when the days darken earlier and the air begins to freeze, I can’t think of a more perfect atmosphere for this EP to be released.

We had some great guests on these recordings, we wanted to close this chapter of the band’s journey with a bang and I think it was because of their involvement we’re able to do so. Special thanks to Jeramie Kling for a killer job mixing and mastering this one for us. I truly think that all four of these tracks are bangers.

We want to thank Metal Tim and BraveWords for hosting the full stream today! Make sure to visit malacodametal.com to let us know what you think of The Year Walk!”

Featuring Gabriel Guardiola (Immortal Guardian) on the track Beaten Path as well as a stellar mixing and mastering job by Jeramie Kling (The Absence, Inhuman Condition, Venom Inc.), The Year Walk encompasses everything the band sought to achieve with this direction and closes a long, arduous chapter in Malacoda's history.

Frontman Louis Di Mascio had this to say about The Year Walk: "The majority of the songs that have been released this year were written around 2017 - before the release of our last full length, Restless Dreams. I didn't really know what to do with these songs because they were so different from Restless Dreams but still were aligned with the sound we had developed on the EP, Ritualis Aeterna. I shelved them for a bit and then decided to rework them when working with an artist who was endorsed by a big guitar brand.

The artist in question wanted to have some metal material to help promote themselves, so we built a new band for the material. I was actually supposed to be the rhythm guitarist for this project- we had a different singer involved. Unfortunately that project never got off the ground after almost a year of working on it and the songs were shelved yet again. In mid-2019 I revisited the songs and wrote a few more after Zak had joined. We were excited with the material and felt it should be a Malacoda release.

We finished drum tracking right as 2019 was ending. While our initial plans drastically changed because of the pandemic, I decided that we should still release this material but just break it into EP's so we can keep busy in a time without touring."

This new EP will be made available as digital only and the band has no intentions to tour in support of this release as they continue to observe COVID-19 restrictions in Canada.”