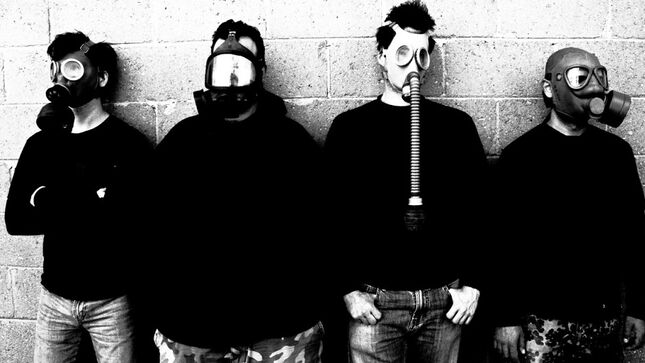 Toronto’s Depleted Uranium are blasting out a nuclear fallout of grindcore, math-metal, and power-violence with their new music video "Alpha Particles", which is only the start of their two-part animated video story that will continue with "Beta Particles" later this month. The videos are in support of the band's new album "Origins", unleashed on January 28.

"Alpha Particles was an early abomination from within the first 4 rehearsals as Depleted Uranium, prior to having a bass player. It was the song that defined us at that time and instantly became a favourite to play live and at rehearsal. It was also our first 5/4 time in a song, which aided future songwriting and it evolved our dual vocals, which are existential and abstract. First released on our three song demo in 2006, Alpha Particles was later recorded in Summer 2010 for the Origins recording, 1 take live off the floor."

Watch and listen to the decay of the heaviest metal elements from "Alpha Particles" via its video premiere on BraveWords:

Origins is a fast, aggressive 20-minute journey with existential lyrics delivered with full throttle vocals, coupled with technical melodies and harmonies that bring you to your bad place. It is meant to obliterate negative energy and make life a better place as everyone has something to scream for or about.

"It has been a long time since the recording of Origins. Life, death, and everything in between have blessed and burdened us along our journey. Some say “it is not relevant” or “why not release new material”; for us, this is unreleased material and it’s part of our journey of perspective, and accompanied by the pandemic lockdown. We’ve never been a band to do what people expect, so expect us to do things differently and to not fit in as that’s part of us. That being said, we will always attempt to deliver 100% in music and writing, rehearsing and performing our music, with or without a witness as to us, our time together is sacred, meaningful, and requires sacrifice from all members to exist," adds the band.

Origins is Depleted Uranium's history of who they are and where they come from. It is meant to be listened to in reference to their self-titled, debut release; to give a perspective that will also further be referenced in their future releases. Both lyrics and music hold a high tension and are expressed without hesitation. Both are relevant to their time and space of creation and are embodied with existential yet direct meaning. The album as a whole is a statement of youth being dissatisfied with the existing conditions of reality and channeling our experience into what it is today. “If one cannot withstand the hot glow of anger upon the discovery of a wrong, then time is wasted thinking deeply”. Depleted Uranium's band name, their lyrics, and their music are a product of the system with the right individuals as the recipe. Their message on Origins is to strive from personal freedom and to focus on what you want rather than what you don’t. 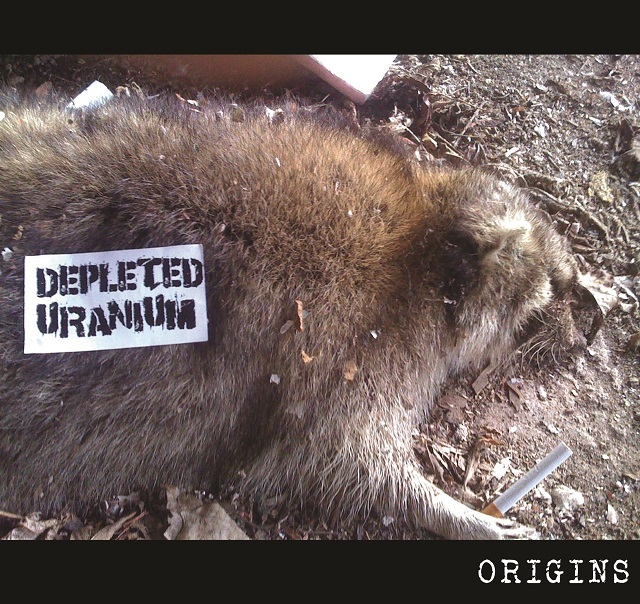 The album is available on all digital platforms along with the physical CD including an exclusive bonus track available on Bandcamp.