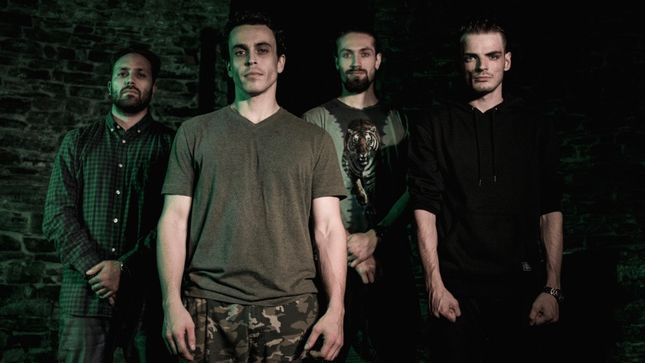 Approaching the genre with a blend of heavier and lighter styles, which range from technical metal riffs, to spooky mellow passages, to hardcore breakdowns, Toronto's Vodnik balance their metal between progressive grooves and dark atmospheres to establish a sound that is bizarre and ominous yet catchy and memorable. With this formula the band aspires to grab the attention of a wider audience.

“In Czech, Vodnik roughly translates to ‘of water’. I adopted the name for us because it is a widely celebrated mythological creature from my Czech heritage. Vodnik is gruesome, perfect for metal and what we want to do with it.”

“Lakes and rivers are its territory where it awaits to trap the souls of drowning victims. He is similar to the boogieman of the English-speaking world that also scares children. I try to write the lyrics largely from the perspective of the Vodnik creature.”

Along with embracing themes centered on the creature, Vodnik is also inspired by science fiction and horror, social and political commentary, dark philosophical ideas, and other mythological stories. Citing a wide variety of musical influences, Vodnik is a legit, no nonsense, heavy band that brings a ferocious energy to the stage.

Unleashing their debut single "Our Dread, Our Joy" off their planned debut EP slated for later release in 2019, this monstrous groove metal four-piece have teamed up with us at BraveWords for the premiere of their new music video.