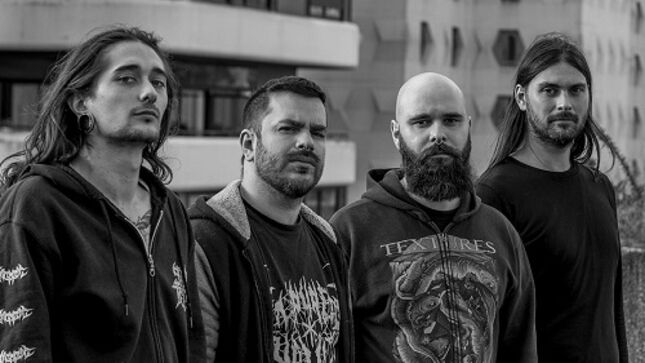 French masters of technical death metal, Exocrine, have released their second single "Dying Light",  taken from their forthcoming new full-length album, The Hybrid Suns, which is set for release via Unique Leader Records on June 17th.

The Hybrid Suns is the career-defining fifth record from the Bordeaux-based group, a concept album studying the voyage between life and death, and showcases a jaw-dropping level of musicianship. Continuing to push the boundaries of extremity and precision playing, Exocrine are the bridge between the ferocity of Archspire and Cryptopsy, and the potent progressive leanings of Obscura and Gorod.

Comments the band on the new single: "Here comes our brand new single 'Dying Light' from our upcoming album, Hybrid Suns. It reveals a little more about the album concept, some links will start to appear. Still on high speed as usual but we focused on the more melodic aspects which includes an important female vocal part. Thus we tried to accentuate the contrast, to amplify the feeling of distress and the dramatic side in connection with the concept."

Written and produced by guitarist Sylvain Octor-Perez, the album was recorded at Triceraprod Studio and mastered at Roadster Lab, with the album artwork created by concept artist Tania Sanchez-Fortun.