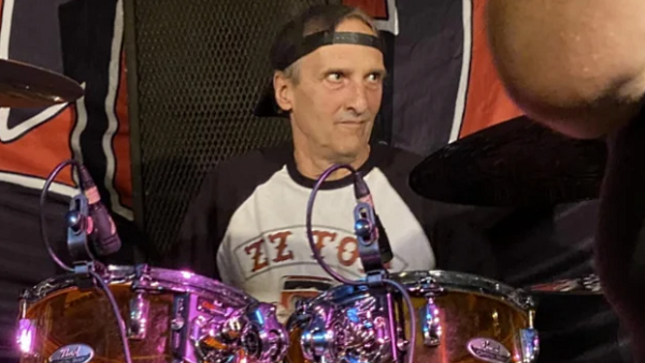 Back in April, Exodus drummer Tom Hunting revealed that he has been diagnosed with squamous cell carcinoma. He underwent a total gastrectomy in July, and on September 18th he performed live for the first time since the surgery.

Hunting joined Hellhunter on stage at Thee Parkside in San Francisco, CA for the Exodus song "Metal Command" during a benefit show in his honour. Video is available below.

With a bond forged in youth and decades-old friendship, the undisputed masters of thrash metal return with their eleventh studio album, Persona Non Grata due to be released on November 19 via Nuclear Blast Records.

The band recently released the lyric video for the second single, "Clickbait" which can be viewed below.

Gary Holt comments: "Very excited to launch the release of 'Clickbait' from our upcoming record! Crushing and aggressive as hell, it captures the power of the new record perfectly! Getting more excited by the day. November 19th can’t come fast enough!”