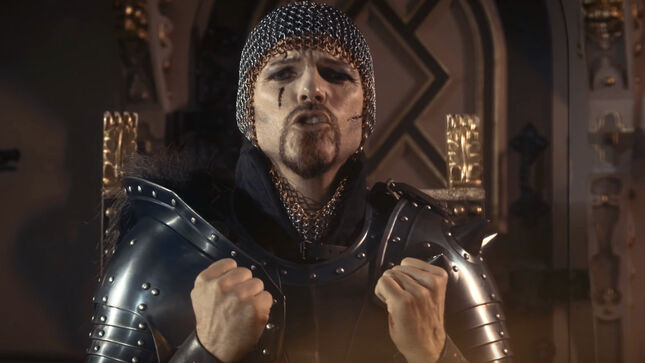 Following their massive German chart entry at #1 with their new studio album Memento Mori at the beginning of 2022, Feuerschwanz have released an official video for what is likely their most personal song to date - “Das Herz eines Drachen” [en: The Heart of a Dragon]. The medieval folk rockers’ ballad shows a previously unknown side of the band with its evident seriousness. In a fire lit by burning guitar sounds and flute melodies, Captain Feuerschwanz mourns his fallen father with his head held high. A song that brings hope in dark times and once again underlines the credo of the last studio album - Memento Mori.

Hauptmann Feuerschwanz on “Das Herz eines Drachen”: "'Das Herz eines Drachen' is a very personal song for me. To find words and sounds for feelings for which there are no words is almost impossible, but with the help of my friends from Feuerschwanz I mastered this challenge. What if the world feels so threatening that the nervous system goes into a freeze? Perhaps that's why it's no coincidence that my second profession, as a psychologist, deals with the effects of trauma on our nervous systems. 'Das Herz eines Drachen' is a song that is supposed to bring healing and reconciliation for everything that hurt us when we were young. I have found a new share of authentic strength and connection with my family and to the whole world again through my Dragonheart."