Filmmaker ANDREW BENNETT Talks Making Of Eruption In The Canyon: 212 Days & Nights With The Genius Of EDDIE VAN HALEN Photo Book - "He Believes There Is No Room For Complacency" 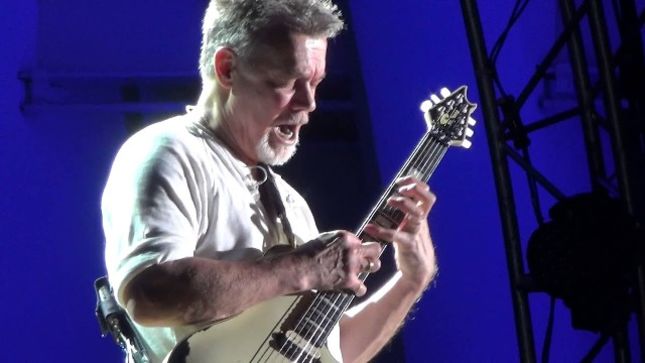 Speaking with Billboard's Danielle Bacher, filmmaker Andrew Bennett shared a behind-the-scenes look at the making of an Eddie Van Halen  documentary and the photo book, Eruption In The Canyon: 212 Days & Nights With The Genius Of Eddie Van Halen. The book, self-published by Bennett, chronicles the two weeks he spent filming the Van Halen guitar virtuoso in 2004, and then living with him from 2006 to 2007.

Despite the unprecedented access that Van Halen gave Bennett, their collaboration ended in litigation. Bennett says he never received the full payment of $248,500 that Eddie promised him for his work. When Andrew released some of the footage online in 2018, Van Halen successfully filed for an injunction to halt the release and sale of the footage, claiming that he owned the rights to the documentary, per a 2015 agreement. The injunction halted the release and sale of the footage.

“I’m more confused, disappointed and hurt than angry,” says Bennett. “Ed gave me his word. He saw how hard I worked and then he f--ked me over. That’s what shocks me. That’s not the person I know. The depression from it is what kills me the most.”

Following is an excerpt from the Billboard interview.

Q: Did you and Eddie have an instant chemistry when you met?

Bennett: "He came out and smiled at me. Eddie Van Halen has a smile that can bring us world peace. His smile might cure coronavirus. All he said was, 'So you’re Andrew Bennett.' I didn’t know what to say, so I said, 'So you’re Eddie Van Halen.' He said, 'The last time I checked.' He grabbed a bottle of wine and I asked him, 'Where do I grab a glass?' He took a pull out of the bottle and said, 'Glass? It comes in a glass.' So, we’re just sitting there across from each other handing the wine back-and-forth and one of the first things he asked was, 'Are you a fan of my band?' I said, 'Well, I don’t really have an opinion. I don’t really know anything about your band.'

His eyes lit up. He goes, 'You know nothing about my band?' I told him that I knew the song 'Jump' because it came out when I was 7, and 'Right Now' because it was in a Pepsi commercial in the ‘90s. The look on his face -- I don’t think he had met anyone in 30 years who didn’t know who he was or couldn’t name at least five Van Halen songs. He took a swig of the bottle, leaned forward and said, 'Andrew, we’re going to get along just fine.'"

Q: What was it like living with and filming Eddie for a year?

Bennett: "First and foremost is his work ethic. He believes there is no room for complacency. He has recorded hundreds of songs that he won’t release because Eddie doesn’t think they are perfect. Van Halen would be rehearsing and somebody would say, 'Let’s move on. That’s good enough,' and you’d see this look in Eddie’s eye like you had just insulted his mother. He hates the term, 'Good enough.' Eddie goes to bed listening to all his rehearsals to make himself better. Some nights he would play the cello for hours to relax and help him go to sleep."

Q: You write in your book that Eddie was often isolated and subject to mood swings. What would set him off, and how did he rein in his emotions?

Bennett: "The bad moods would come when dealing with singers. Like in ’04, he did not like dealing with Sammy Hager. It goes back to work ethic. With the bass player Michael Anthony, and with Sammy, he would tell me, 'They just phone it in.' He didn’t feel they worked as hard as him. Ed would play in the studio for 12 hours. They wouldn’t. He would go real dark because he took it personally. He would say, 'Why aren’t you guys as committed as I am?' He felt that they weren’t showing him enough respect. He’d tell them, 'You would all be working in an assembly line if you hadn’t met me.'"

"He’s highly aware that he has this card he can pull: that he’s the greatest who’s ever played, so you can all shut the f--k up now. People would see Eddie and stop dead in their tracks. They would be unable to speak — some would even have a little trouble breathing. It was like they were seeing an apparition. If you are on the receiving side of that, I think it f--ks with your [head] when you don’t have many friends. Over the years, your brain is going to start to get wired differently when you can’t have real relationships with people. There’s a mad genius thing there, and you have to take the good with the bad." 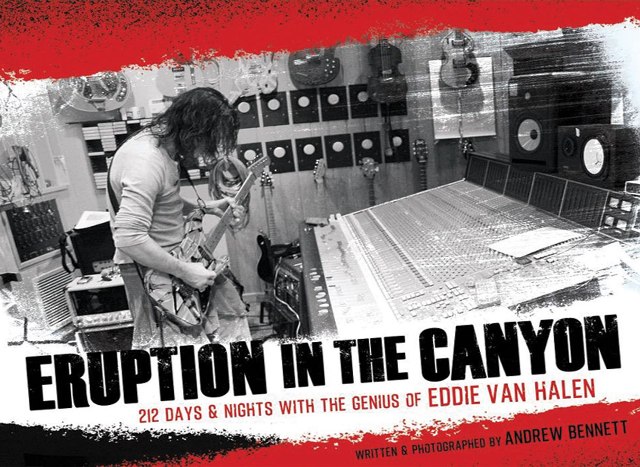 Go to Bennett's official Facebook page here. Pick up Eruption In The Canyon at the book's official website here.