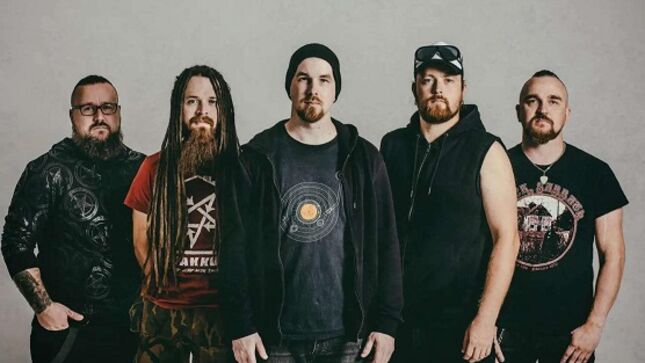 Finnish melodic death metal group Nemecic have released the third single off The Last Magic In Practice, the band’s second album set for release on October 29th via Inverse Records. Check out the band's first ever video, "Dodecahedron Avenue", below.

The band comments: "'Dodecahedron Avenue' is one of the fiercest tracks off the album and was chosen as the video song due to its crushing chorus and fast tempo. The song will certainly remain on our live setlist for a long time. Lyric-wise, the song follows the album’s theme of creativity. 'Dodecahedron Avenue' is about finding your own path as an artist, and our trademark elements of mythology, Western occultism and magic are present as usual."

Nemecic will hold a The Last Magic In Practice album release show on October 30th at Lutakko in Jyväskylä, Finland. Album details will be revealed soon.