FIREWIND Guitarist GUS G. Returns To The Store Where He Bought His First Guitar In 1994 (Video) 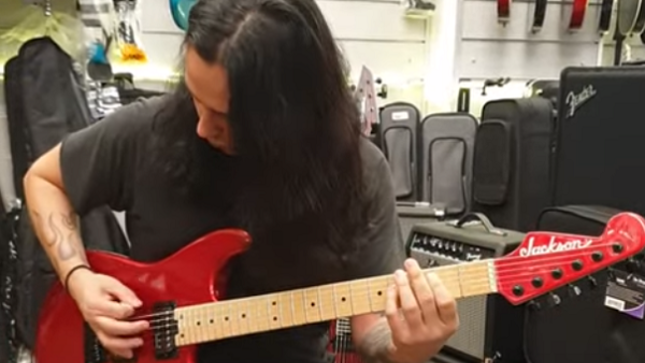 Firewind / ex-Ozzy Osbourne guitarist Gus G. has shared the video below along with the following message:

"Hey eveyone, I recently visited my hometown’s guitar store (Rihardos) where I bought my first guitar back in '94! Pretty crazy to see my own Jackson Guitars signature model there now. Of course I had to play the San Dimas. Also, the guys are now carrying Blackfire Pickups as well."

Gus G. recently released a video for "Night Driver", featured on his new album, Quantum Leap, out now via AFM Records. Watch the clip below.