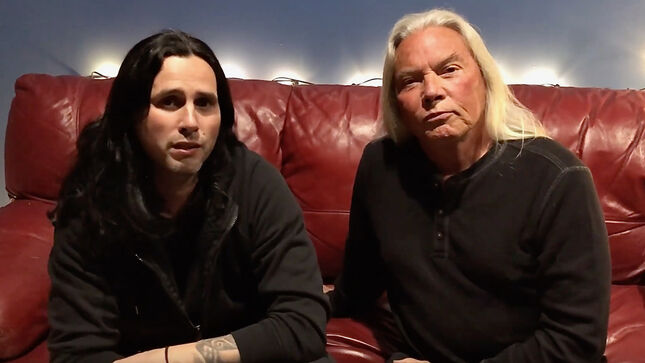 Firewind leader/guitarist, Gus G., has released the video below, in which he and the band's original singer, Stephen Fredrick, look back on the band's debut album, Between Heaven And Hell, released in 2002 via Massacre Records in Europe, Leviathan Records in the US, EMI in Japan and Rock Brigade in South America.

In the video below, Gus G. reveals that Firewind are working on new material, and will release a new studio album in 2023. Find out what else Gus has in store below: