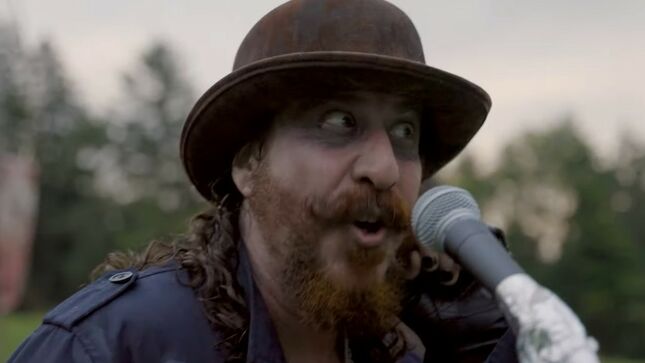 Horror metal band First Jason, featuring Friday The 13th’s original “Jason Voorhees” Ari Lehman, has announced the release of its new video for their latest single “The Price Of Peace.” Describing the song as embodying a harder edge than the band’s recent projects, Lehman says he is particularly proud of this track as it is reminiscent of the group’s earlier work.

“It’s kind of like us almost returning to our original formula, like ‘Jason Never Dies,’ which has most of our biggest hits where we’re on a little more hardcore than a heavy metal sound. Maybe even a little bit of a nu metal sound in there, admittedly, because I’ve been very impressed by bands like Nonpoint, Ice Kills Nine, who I did a collaboration with, and just looking at different sounds that are out there,” Lehman said.

What’s also different about the “Price Of Peace” is its subject matter. Written during quarantine, the song explores today’s turbulent times. Lehman said “It asks the question, ‘Is this the price of peace that we have to pay?’ And it says the only way to pay the price is to sacrifice your pride, so it’s a philosophical song, which kind of reveals a lot about me.”

To truly capture the song’s apocalyptic feel, Lehman and bandmates turned to esteemed production company Camp Rattler, under the direction of James Callahan to film the video. The video was shot in bucolic Dalton, PA and, according, to Callahan is the first of a series of two videos depicting “an ongoing pilgrimage of lost souls towards what they feel will be the ‘Promised Land.’ They all seek their ‘beloved’ Jason Voorhees.”

“The making of the ‘The Price Of Peace’ video was a scream. We had our ‘extended family’ out for the day, which is really what truly ‘creams my corn.’ Our collaborators are simply the best kind of humans,” Callahan said. “The message and the imagery is really resonating with fans.”

Callahan is right. Since its release on the Camp Rattler social channels alone, the video has amassed over 30 thousand views on Instagram and 10 thousand views on YouTube in less than a week. However, according to Lehman and Callahan, this is just the start of their collaboration.

In fact, they say that the continuation of the series will commence in summer 2022 with “Part 2: The Scapegoat by First Jason.”