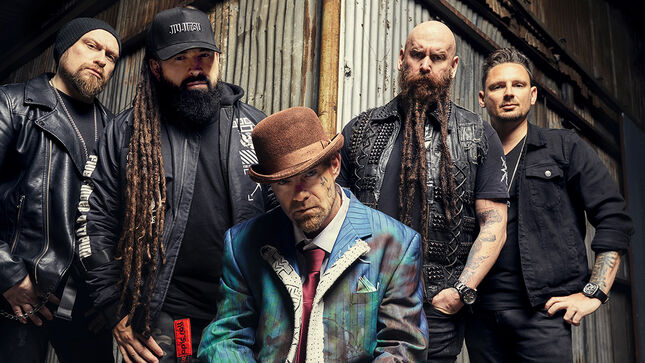 Five Finger Death Punch have released a lyric video for “A Little Bit Off”, a track taken from their 2020 album, F8. The track was a huge fan favourite and the lyric video is a welcome return to a classic slice of FFDP. Watch below:

Five Finger Death Punch and Brantley Gilbert are currently out on a massive US arena tour with support from newcomer, Corey Marks. Produced by Live Nation, the tour wraps up in Las Vegas on December 17.

This epic run is not the first time Five Finger Death Punch and Brantley Gilbert have joined forces. The two artists brought the worlds of hard rock and country rock together when they partnered on their global #1 hit, “Blue On Black” in 2019. The track also featured Brian May, the song’s original performer, Kenny Wayne Shepherd and was in support of The Gary Sinise Foundation, to benefit first responders. To date, the collaboration has garnered a staggering 110 million YouTube views and 62 million Spotify streams, proving that this very special tour should not be missed by fans of either artist. 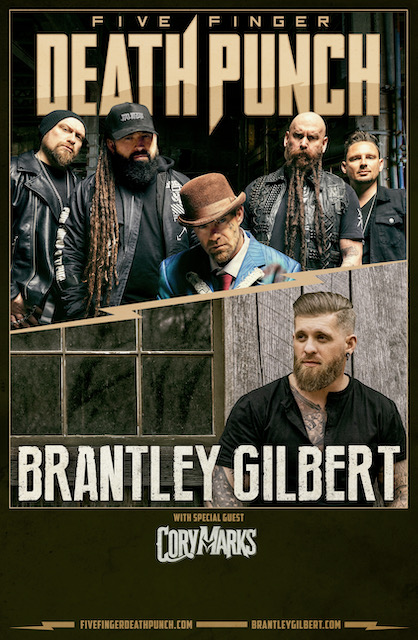