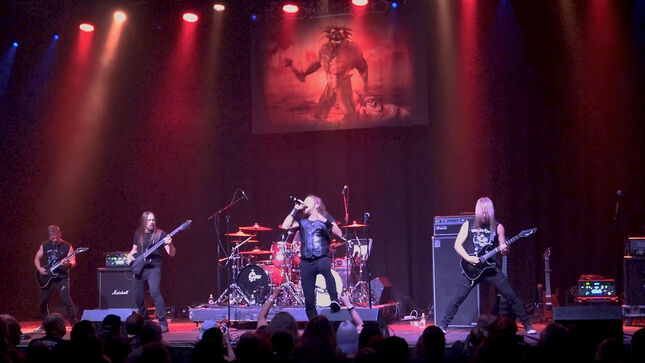 Currently on the European summer festival circuit with Flotsam And Jetsam, frontman Eric "A.K." Knutson is featured in a new interview conducted at the Graspop Metal Meeting in Dessel, Belgium. In the clip below he offers an update on the band's new album, which is expected to be released next year.

Knutson: "My guitar players, for (previous album) Blood In The Water, I think they wrote 40 songs and we only put 12 on the record, so we have a lot to choose from. Most of them will be taken apart, pieces stolen out of and stuff like that, but we have enough music to keep going for a long time. We're about halfway written with a new record. We have a formula going on right now that's really working for us and we're gonna probably stick to the same formula this time. The last three records have really done some good for us."

Video footage of Flotsam And Jetsam's full set from Hellfest 2022 in Clisson, France on June 18 can be viewed below.