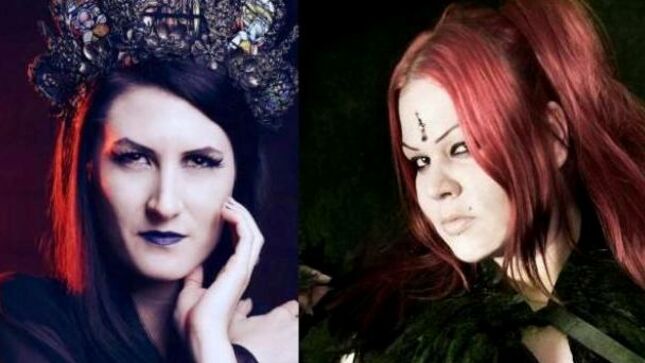 It was announced earlier this year that former Cradle Of Filth backing vocalists Sarah Jezebel Deva and Lindsay Schoolcraft were teaming up for a new single. Lindsay has revealed the song is called "Stolen Light" and will be released this Friday, September 17th. Join Lindsay|s mailing list here to listen to the track before its release.

Torn Between Two Worlds, featuring Sarah Jezebel Deva and Chris Rehn, recently released their latest single, a cover of the Adele hit "Hello". The offcial video for the track can be viewed below, premiered exclusively through BraveWords.

Sarah recently checked in with the following update:

"There are two people in this world that make me so proud and reduce me to tears on a regular basis.... my beautiful son and.... Chris Rehn.

If Chris and I had started Torn Between Two Worlds 10 years ago, maybe I wouldn't have lost so much faith in the music scene. I am so proud of 'Hello', so proud that yet again, I was reduced to tears, but proud tears. We love what we have done with it and yet again I can't praise Chris Rehn enough for his composing and vision.

I also wished my dad was still alive to hear this, he would have been so proud.