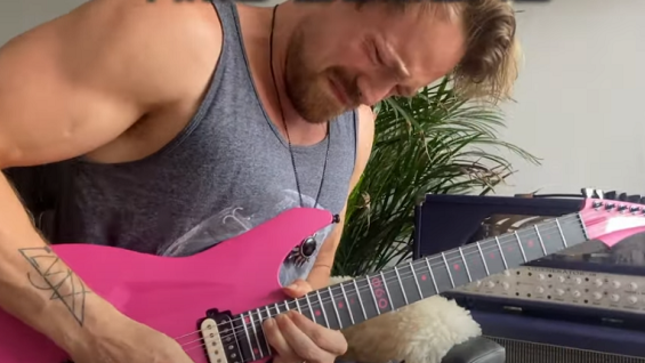 Arjen: "Timo Somers plays all the guitar solos in the track '28 Days (Till the End of Time)' on the new Star One album, Revel in Time. Check out this video to see him play this truly brilliant solo and don’t miss his video message! For me Timo is one of the best players in the world right now, a tasteful combination of power, melody and virtuosity."

Arjen recently share the first single and video, for the album’s closing track, “Lost Children Of The Universe", which you can see below. He has this to say about the track:

"This 10-minute epic is the first video clip/single of the new Star One album Revel in Time. The lyrics are inspired by the movie Interstellar. This is a slightly different version than on the CD. On CD1, Roy Khan sings the lead vocals and on CD2, Tony Martin sings the lead vocals. For this YouTube version I combined their voices. Both such great singers, I just couldn’t choose! Hope you enjoy it. Thanks for your attention!"