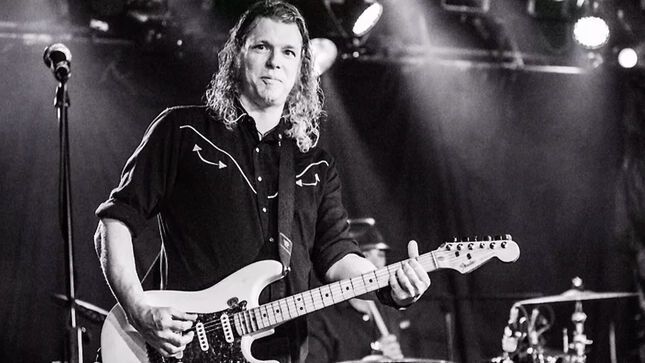 Daniel Fawcett, who was a guitarist for Canadian hard rock/heavy metal band Helix from 2002 - 2004, was a victim of homicide early Sunday morning, November 6. He was 52.

Helix frontman/founder, Brian Vollmer, posted the following message: "What a sad day... Dan Fawcett, who played guitar for Helix around 2000, was found murdered in a North London park. Dan was a sweet guy - always smiling - and a great guitar player as well. No details have been released yet, so there's little more I can say here. All I can say is that both Lynda and I are in shock. Stay tuned."

According to Global News, the investigation into the death of Daniel Fawcett is ongoing by London, Ontario police, and no suspect has been taken into custody in connection with the case.

Fawcett was found unresponsive around 6:45 AM near the bottom of the Grosvenor Street hill leading into Gibbons Park. Emergency crews began life-saving measures, however, he was pronounced dead a short time later, police said.

Few other details have been made public, however, police revealed Monday that Fawcett’s death was being treated as a homicide.

A GoFundMe campaign has been launched to raise funds in support of Fawcett’s daughter and her mother.