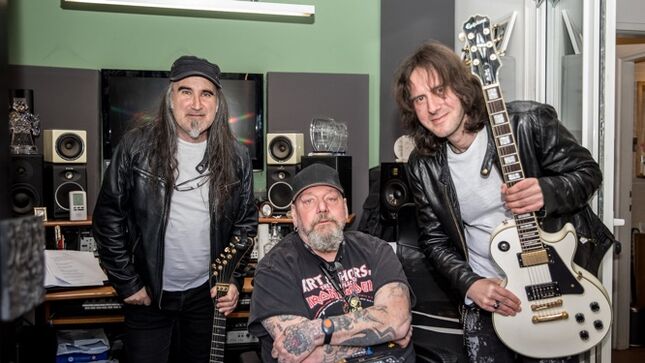 After seven years in a wheelchair and a difficult condition that could have ended in the loss of his leg, Paul Di'Anno found salvation in Croatia. Since the end of November 2021, Paul has been receiving treatment in Croatia, where he made his first steps in May after a series of lymphatic drainage treatments and daily physiotherapy. The complicated and long-lasting treatment was initiated by fans and friends who raised significant funds to restore his new-old life. Castro Pergjoni, owner of the legendary Cart and Horses pub, where Maidens had their first performances together with the writer and big Maiden fan Stjepan Juras from Croatia, launched an action that joined thousands of fans from all over the world.

As Paul's health condition got better and better, he gathered a new group Warhorse with new friends in Croatia and recorded three songs, two of which have just come out in the form of a DVD single. The sale of this single will raise further money for his operations and Kastro Pergjoni and Stjepan Juras in collaboration with the other guys from the band Warhorse are coordinating the whole action. All proceeds go directly to the needs of his treatment and all additional things related to treatment.

Each DVD single will be signed by the band (including Paul), and will be accompanied by a special event T-shirt from the Zagreb concert (designed by Robert Štivičić) that will take place on May 21st. The release of this single is limited to 666 copies, of which 333 are going online pre-sale (about 210 have already been sold), and the remaining 333 will be available at Paul's concert in Zagreb. The concert is free for all visitors and is held as Paul’s thanks for their help when it was hardest for him. The concert will take place on May 21st at the Bikers Beer Factory, just a day before the big Iron Maiden concert at the Zagreb Arena. Although there are no tickets for Paul's concert, number of visitors is limited, so we invite everyone to come to the Bikers Beer Factory as early as possible that day and get a wristband.

All those who want to order this special, limited and signed bundle should hurry up and click here where this bundle can be ordered exclusively. The promotion of the single will be on May 21st at the Bikers Beer Factory, and the video premiere will be in June.

The recorded songs that will be found on the Worhorse DVD single include.