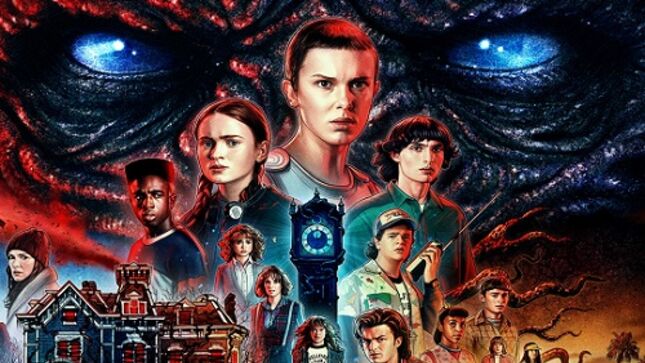 Steve Perry, who sang for Journey from 1977 - 1998, recently spoke to Rock Classics Radio on Apple Music Hits about the Stranger Things Season 4 soundtrack featuring two remixes of the smash Journey hit “Separate Ways (Worlds Apart)”. An excerpt has been transcribed below; listen on-demand anytime at this location.

"I first got the request for the use of the master recording in a trailer to be used for the fourth season of Stranger Things. And being a fan of the show, I got very excited about that. And so, all of a sudden, I'm in the middle of this and I just decided, emotionally, for me, I just wanted to talk to these people directly. And we formed this friendship and we ended up tweaking the final mix, which became the audio bed for the fourth season official trailer."

"When I heard what Bryce (Miller) had done, Bryce had pulled that voice out and just surrounded it with different textures and different synths. I turned to my girlfriend, I said, 'God, I didn't know the vocal was that good.' I mean, emotionally, I'm just strictly saying, emotionally, because I had not heard it that naked since the day we did it back in the '80s, and I loved it. The next thing I knew, the Duffers loved it. And it became an overnight moment where it just hit social media, especially YouTube. Within a week, I think it had almost 10 million, 15 million looks, and likes, and everything that goes with that."