Former JUDAS PRIEST Drummer LES BINKS - "I Never Had A Problem With Anyone In The Band... My Reason For Leaving Was Purely Down To The Management"; Video 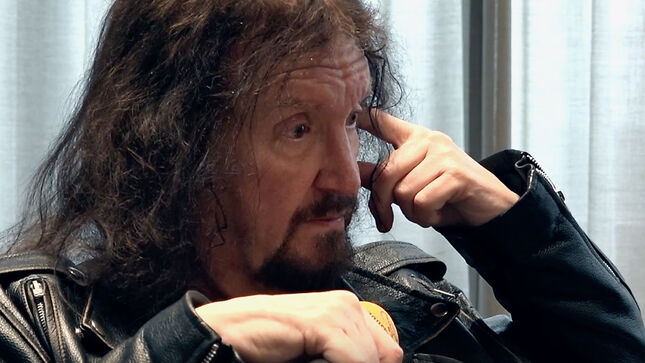 UK metal gods, Judas Priest, received the "Musical Excellence" award at the 2022 Rock And Roll Hall Of Fame induction ceremony, held on November 5 at the Microsoft Theater in Los Angeles, CA. The event aired on HBO on Saturday, November 19.

Chaoszine spoke to Les Binks before his show at Classic Rock And Metal Meeting in Helsinki, Finland on November 19. Watch below as he talks about the Rock Hall experience, his future plans, and more.

HQ video of Alice Cooper inducting Judas Priest into the Rock And Roll Hall Of Fame, the band's performance, and the members' acceptance speeches, can be viewed below: