Former JUDAS PRIEST Guitarist K.K. DOWNING On New Band KK'S PRIEST - "I Thought Hard And Long What To Call This Band And Decided I Didn’t Want To Leave My Legacy Behind"; Video 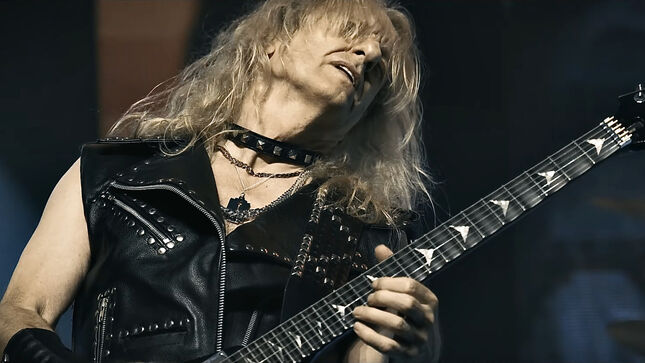 In a new interview with Belgian Jasper, K.K. opens up about his new band and record, and breaking from Judas Priest. Watch below:

KK's Priest recently announced a limited collector’s piece, a scroll that chronicles the lyrical content of Sermons Of The Sinner. The scroll features lyrics of all 10 tracks on the forthcoming album; spanning 14X50”on parchment paper rolled on metal pole ends. Also included is a certificate of authenticity signed by K.K. Downing. It can be found here.