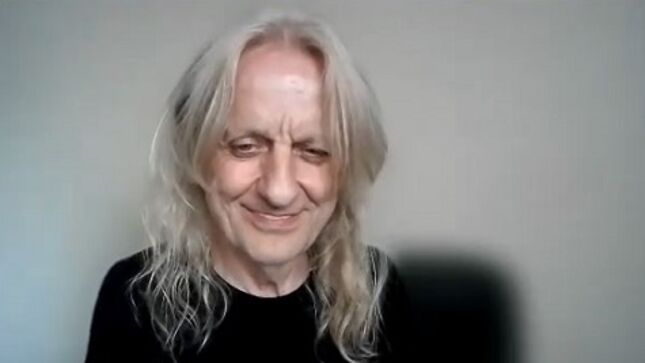 In the video below, guitarist K.K. Downing, who played in Judas Priest from 1970 to 2011, talks to The Metal Voice about the new album from KK's Priest, tour plans, the band name, and next steps.

Cover artwork and tracklist can be viewed below, along with the official video for the debut single "Hellfire Thunderbolt".

Downing: "We are delighted to finally be able to release our first track to the world. It gives a real flavour of the sound and showcases the amazing players I've got in this band. We can't wait for the fans to hear the record."

Downing previously stated: "We are incredibly excited and totally ready for the launch of what we consider to be an exceptional and important record; we sincerely hope that you will agree!"