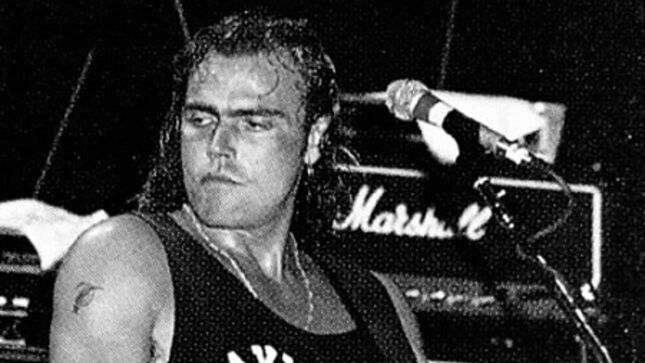 Clay Anthony, who played bass for Junkyard from 1987 to 1991, appearing on the albums Junkyard, Sixes, Sevens & Nines, Shut Up - We're Tryin' To Practice!, and Put It On Ten And Pull The Knobs Off!, has succumbed to the injuries he sustained in a car crash in Hawaii.

Junkyard vocalist David Roach has issued the following tribute to his fallen bandmate:

"After a couple of months making noise on the scene, skateboard legend Tony Alva quit the band, deciding we were destined to be a bar band. Smart man. Nonetheless we carried on. I walked in to rehassle and there’s Clay sitting there with his old black lab Zeke, chain smoking. Clay knew all the songs and didn’t dress funny and we generally didn’t bother about much else concerning auditions, he was in."

"In those days, as in these, there were a lot of poseurs. There were leagues of guys trying to be Keith (Richards) or Sid (Vicious) or Johnny Thunders, DeeDee Ramone or just trying to be 'hard' or 'street.' GN'R just got signed and we were one of the bands that became the quasi- movement 'sleaze rock.' Now to be certain, we we’re definitely more 'street' than most of the Sunset Strip set, but Clay, he was for real. He gave us real street cred. Lots of people talk about what they’d do in some situation or another and they are full of shit and I’m among them, but Clay was real, always ready to throw down, to defend."

"When we were on the road, he protected the bus like an inmate staking his territory in the yard. If you didn’t respect our boundaries,you dealt with Clay. A couple bouncers in Ohio found that out. Clay’s vices got the best of him eventually, (a fact we could all relate to) and Todd (Muscat) would replace him. It’s hard to have to do that, but we loved him and we’re happy to hear he had cleaned up and was even touring in South America with a band a few years back. He sat in with us recently in OC, like old times."

"Clay was killed in an automobile accident in Hawaii. He was tough, he was funny, he was no bullshit, he was our friend and I’ll miss him. Good luck on your journey brother, it’s a long way home."