Former KEEL Drummer DWAIN MILLER Looks Back On Recording 1987 Self-Titled Album - "Everything Was Like 'Bohemian Rhapsody', With 50 Thousand Vocal Harmonies On It" 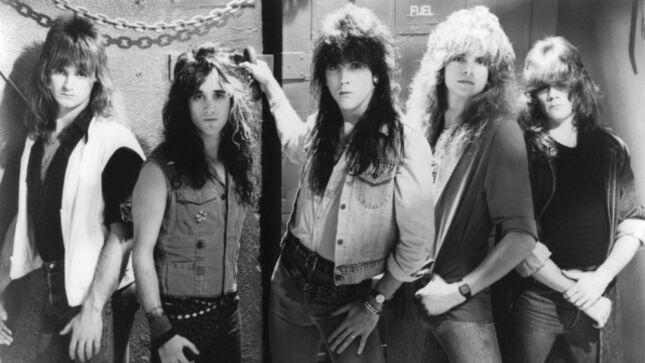 On the latest episode of the 80's Glam Metalcast, host Metal Mike chats with former Keel drummer Dwain Miller. He talks about the bands he plays with today, and about Keel's classic albums and tours. Check out the interview below.

On recording The Final Frontier with Gene Simmons producing

Miller: "That was the first album I actually recorded with band. I did the whole album in one day in the small room. Then the next day I did the whole album in the big room, so we had different drum sounds. I did the whole album twice in 2 days, which was kinda good....but then they expected it from me all the time! Working with Gene Simmons - I was star struck at first. Then I would go to studio and talk with him and I realized he was just a regular person. I heard a lot of stories...stories I can’t repeat! We had a lot of fun and we were well rehearsed for that one."

Miller: "The whole recording experience was really cool. Michael Wagener (producer) was always funny. A lot of different recording techniques were used. He had like 40 mics on the drums. Then the vocals....everything was like 'Bohemian Rhapsody', with 50 thousand freaking vocal harmonies on it. Every guy did all the parts, then we tripled it and quadrupled it. It seems like overkill, but it sounds really good."

On the end of the band and Ron Keel going country

Miller: "Marc Ferrari and Brian Jay were both gone. We had Tony Palmucci on guitar and Scott Warren on keyboards. Then Kenny Chaisson quit. That’s why we broke up. There was only one original member, and that was Ron. It was a good time to walk away. Ron had other plans too. He was secretly writing country songs. I didn’t care....I supported him. I think he was trying to shock people. He does have a country background and he wanted to do it big. We kinda teased him about it and said 'Dude, I like your new accent'. He was playing the part which was good. I have no problem with it. Now with country and metal, he’s right in the middle."