Former L.A. GUNS Bassist SCOTT GRIFFIN - "I'd Like To Say I'm Sorry, But I'm Not" 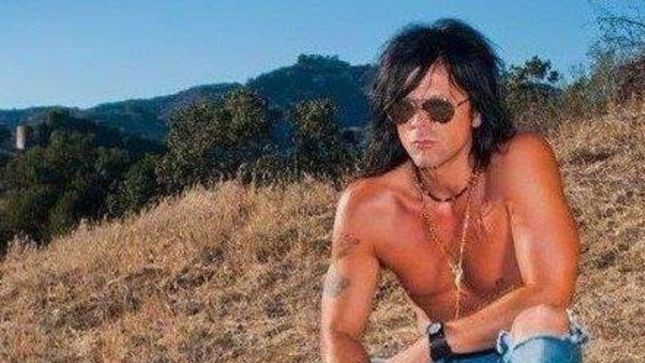 "So I'm getting all these messages regarding what I think about my ex-singer's interview, and specifically his comments about me," posted former L.A. Guns bassist Scott Griffin via Facebook. "Frankly, I'm over all this. I think it's time to start spreading the love and let go of the hate. For whatever reason that I was suddenly and without warning canned is so in the past now. But at least there seems to be some light shed on some of the possibilities that led to my termination.

I guess it was noted by Phil (Lewis, vocalist) that the shows were slowly turning into 'the Scotty Griffin Show.' I have to admit, I did notice that too. All I can say about that is, I can only be me. I give every show my all, which is well over 100%. Whether it's in front of 20,000 people at a festival in Europe or 20 people in some dingy club out in the boonies of some mid-west state (no offense to the mid-west, lol). I feel I owe it to the fans and the band to give my all. If that attracts more attention to my side of the stage, oh well. I'd like to say I'm sorry, but I'm not. I'm just doing my job like I was taught by my bass idols. Nikki Sixx, Gene Simmons, Dee Dee Ramone, Sid Vicious, etc etc etc.

I guess it was also alluded to that I didn't have 'the look.' Well, to each their own y'know. Def Leppard looked cool as hell and so did Motley Crue, but I don't think Mick Mars would look right taking the place of Phil Collen. So I totally get it. But enough of all that, whatever the reason, it's over. Hopefully this is my final post on the matter. I'm only doing this to answer all the messages I've gotten asking for a response.

Like I said, as hippie-ish as it might sound, I just want to look for the love, and stop with all the trash talking. When I think of L.A. Guns now, I just look back at the great times I had. Memories & photographs, and a legit album (Hollywood Forever) which I wrote two songs on and co-wrote more, produced by a legend (Andy Johns) and released on Vinyl. How many people can say that in 2015??!

To show no hard feelings, I want to include my favorite picture from my time in the band. I've always been a big David Bowie fan, and there's a popular picture of him with his guitarist, the late great Mick Ronson, where Bowie is on his knees in front of Mick. It's one of my al-time fave rock pics! I started doing this same pose with Phil during the last year. I was so glad when someone finally captured it. Now, granted, I might not have 'the look' to compliment Phil, but it still makes me smile every time I see it. Hope you enjoy it too.

And with that I say 'ta-ta'. And let's all get on with our own futures now, shall we?"

The aforementioned interview with Phil Lewis was conducted with Stephy Hayward of zrockr. During their chat, Lewis was asked if it was weird being in the same city (Las Vegas) as former band members (Scott Griffin and Stacey Blades)?

Lewis: "Scott and Stacey followed me to Vegas. I’ve ran into Stacey since I’ve been here, and it’s alright. There’s no problem there. I believe Scotty and I have buried the hatchet. There were no serious problems. I just really felt that he needed a break. I felt like I needed a break from him."

ZR: Have you two talked?

Lewis: "No, but we’ve shot messages over each other through friends. I wouldn’t feel uncomfortable. I wish him well. The last thing I wanted to do was fuck his world up. I just thought that he was making unnecessary waves in the band. A band is a team. I have to have team players. At times it turned into the Scotty Griffin show, and I thought that maybe it was time for him to do his own thing. I’m a real passive person. I’m a hippie at heart, but sometimes you’ve got to crack the whip. Stacey wasn’t right. He was morphed into something out of Steel Panther. That wasn’t the guy that joined the band. Something weird happened, and it made it really difficult for me to take him seriously. He’s a great player, but I’ve got to spend a lot of time with these people, and I don’t want to be a babysitter. I don’t expect anyone to babysit me, and I’m not going to do it for anyone else."