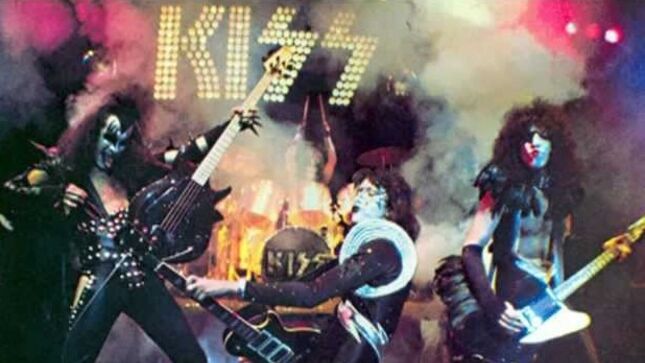 Former SPIN magazine editor-in-chief Doug Brod appeared on the rock podcast, Well Disguised, to discuss his recent book, They Just Seem A Little Weird: How KISS, Cheap Trick, Aerosmith, And Starz Remade Rock And Roll. The conversation with host John Pritchard revolved around Brod’s book of how the four bands were intertwined in the '70s and beyond.

Brod noted the springboard for his book is Gene Simmons' 1978 solo effort, as it includes guitar players from the other three bands. “(Simmons) had Rick Nielsen from Cheap Trick, Joe Perry from Aerosmith, and this guy named Richie Ranno from a more obscure band called Starz… these were four bands that had very specific theatrical stage shows, and they brought a lot of energy and a lot of flamboyance to the concert stage.”

When speaking about Simmons and Paul Stanley, Brod remarked his affection for both. While noting that Simmons can be “cranky” and “still has a big axe to grind about file-sharing,” Brod believes Simmons is “a charming guy to talk to.” Regarding Stanley, Brod observed that he is charming too, but in a “thoughtful, less ironic or sarcastic way.” Brod also described Stanley as diplomatic:

“At times it seemed he was bending over backwards to be diplomatic when talking about the other bands. He loves Cheap Trick, but he does have some issues with Aerosmith and even bigger issues with Starz.”

Of the four bands, Brod declared Cheap Trick was his favorite, noting that Nielsen was the best songwriter of all players involved. “He never wanted to be thought of as this guitar hero, which a lot of people have pegged him as…he was always a songwriter who played guitar to get his music across.” He also believes “without a doubt Robin Zander is the best singer of all four bands.”

Brod and Pritchard discussed the departures, and later returns, of members from KISS (Ace Frehley and Peter Criss), Aerosmith (Perry and Brad Whitford), and Cheap Trick (Tom Petersson). Brod recognized an important distinction about Petersson: “He left when the band was at its height, and his leaving the band in 1980 could be considered one of the contributing factors of why the band had a rough time throughout the '80s until he came back.”

Well Disguised, a podcast of rock snobbery about lowbrow music, is available on all major podcast platforms. Brod’s book is published by Hachette Books and available now.

Check out the podcast on Spotify here.