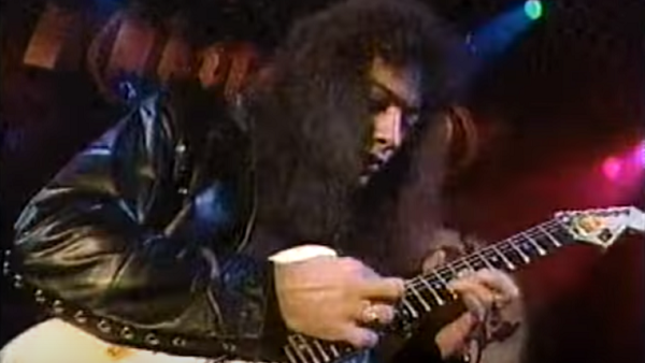 In an exclusive Guitar World interview, former White Lion  guitarist Vito Bratta - who left the music business behind entirely when the band ended in 1991 - discusses White Lion's rise and fall, and talks about the influences that made him stand out in a crowded field of hot-shot players. Following is an excerpt from the story:

These days when Bratta picks up an electric guitar and plays, it’s often classical-influenced arpeggios played with a pick. “And then every once in a while,” Bratta tells Guitar World, “I start relearning stuff from back in the day.” Meaning the brilliant, melodic guitar parts he played with his multi-platinum hard-rock band White Lion from the mid Eighties through the early Nineties – before Bratta walked away from the music business entirely.

“I can’t figure out some of my own stuff,” Bratta says early on during our two, 90-minute phone interviews. “For the longest time I said I’m not gonna learn that 'Wait' solo because I don’t remember what I did. But it came back to me.”

Occasionally he’ll happen across a White Lion tune on the radio. He can’t recall how he arrived at some of his bolder phrasing choices, shrugging it off with a sports analogy of “being in the zone.” Bratta tries to avoid watching White Lion music videos or live footage online. “It’s difficult, you know, because I do miss it,” Bratta says. “And I regret that I was given a certain amount of talent to do something, and I don’t use it.”

So is there any chance Bratta would return to the stage, even just for one show? “I couldn’t ever, ever say no to that,’ he says, “because it hurts not doing it. But a lot of things would have to change around here for me to be able to walk out of the house.”

Still, he adds, “I’m just happy that I left it all out on the field. Sometimes I really feel like I exceeded my ability.”