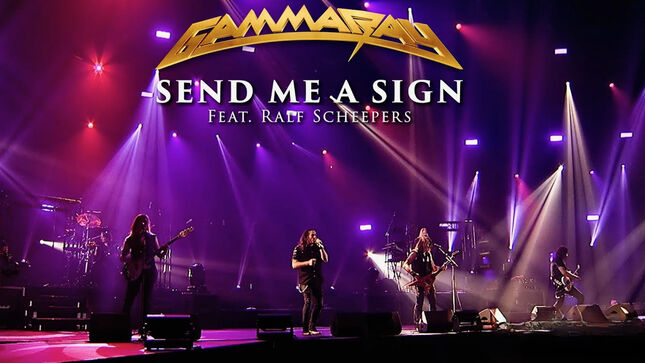 Due to the COVID-19 pandemic, German bashers Gamma Ray (led by Helloween co-founder Kai Hansen) decided to do a live streaming event in 2020 and set up a big stage in the ISS Dome in Düsseldorf, Germany, on August 27.

On their new release, 30 Years Live Anniversary, the band would like to invite all of you to join their exclusive and only show in 2020, which has been streamed to all fans all over the globe. This extraordinary show is now released as a double live album on both audio and video via earMUSIC.

30 Years Live Anniversary is available as 2CD Digipak + DVD, as 3xLP on black vinyl (+ Blu-ray in some countries), and digital. Furthermore, there is a limited edition 3xLP on coloured vinyl (+ Blu-ray). Each of the three LPs is going to be pressed on a different vinyl colour.

Order here, and watch a new video for "Send Me A Sign" ft. Ralf Scheepers below.