GENE SIMMONS Says CREAM's "Sunshine Of Your Love" Contains The Most Classic Bassline Of All Time - "You Know It As Soon As The Song Starts," Says KISS Legend 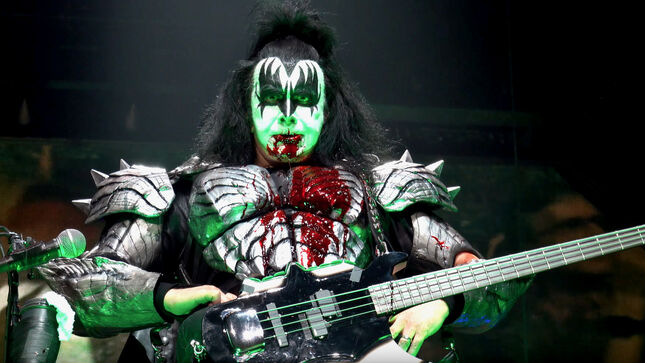 Gibson, the iconic American guitar brand, recently entered into a joint venture with Gene Simmons, international rock legend and co-founder of KISS. In a new interview with Guitar World, Simmons discusses his new line of Gibson G² guitars and basses, the infectious energy of Eddie Van Halen, and his favorite basslines of all time. An excerpt follows:

Guitar World: What’s the greatest bassline of all time?

Gene Simmons: “Oh my god [takes big sip of his drink]. That’s bubbly water by the way, not alcohol. I don’t drink, never have. Greatest bassline of all-time? Oh goodness. Well, when a bassline becomes the song, you’re the king. Jack Bruce actually came up with it, and it might not be the best song necessarily, but as soon as you hear 'Sunshine Of Your Love', you know that’s the song, that’s the riff and that’s the hook. You know it as soon as the song starts. It’s probably the most classic bassline of all-time for me. There’s no movement. There’s nothing fancy. But the bassline is the song. It never veers to a bridge or a chorus. A bit like 'Hit The Road Jack', with that descending line. Once it starts, it never stops or changes. When you come up with things that are classic and simple, things that are immediately memorable, you’ll never forget them. To the point where you remember the bassline more than the actual song.”

Guitar World: And as for your own basslines, which is the one you are most proud of?

Simmons: “'Deuce'! I’ve written lots of songs, some on bass and some on guitar – because that’s what I started out on – though I don’t play very well. I still do my own demoes, performing the guitar, drums, bass and everything. I did that with songs like 'Watchin' You', as well as some of Paul’s songs – one’s which sounded good but needed a riff. My riffs are closer to horn lines [hums horn part]. They aren’t trapped with the drums, they work more like a cello does in a string quartet, with its own flow that doesn’t get in the way of the beat. And it’s not just one note either… though we’ve done those kinds of songs too, like 'Lick It Up' [hums single note repeating]. Which is what Foreigner did on 'Hot Blooded'… that’s a classic. By and large, I won’t do that. So if you hear Paul playing chords like he does on 'I Was Made For Lovin’ You', I will play something like my bass part on that song [hums opening octave bass riff]. That gives the song steam. Back to 'Deuce' though, I wrote it before the band got started. Keith Richards wrote this song called 'Bitch', which had this flat third against the root – a C against an A. And I took that idea and did my own sort of take on it… so there you have it. 'Deuce' was totally inspired by 'Bitch' by the Stones.”