GENE SIMMONS Talks Artist Rights In Digital Age - "Spotify Is Taking All The Money, Which Is A Crime" 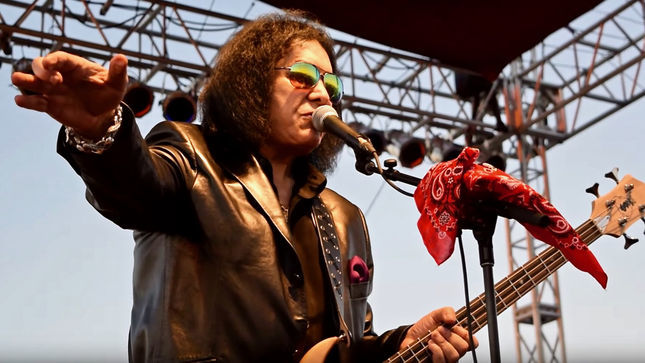 Speaking with Fox Business, KISS icon Gene Simmons once again went after present day music "fans" whom he believes have "been trained to not pay for music."

Simmons: ""Look, you're not affecting me - I'm doing okay, my rent's paid - but you're killing the new band. You're killing the next Beatles, and that breaks my heart. Legislation is the answer. My daughter, Sophie Simmons, had a 10-million-viewed single two years ago - 10 million... she made 214 bucks. Spotify is taking all the money. The bands are taking, the acts are taking a small percentage of one penny per download, which is a crime."

Celebrating 50 years in rock (1966-2016) Gene Simmons, multi-hyphenate entrepreneur, co-founder and front man of KISS, America’s number one gold record award-winning group of all time in all categories (RIAA), and one of the most recognized performers in the world, today announces the unprecedented release of Gene Simmons: The Vault Experience in partnership with Rhino Entertainment.