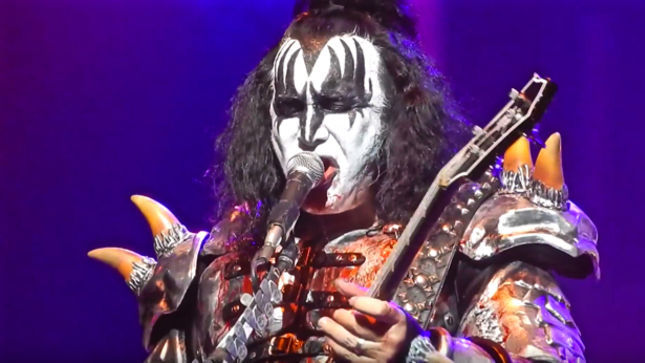 Speaking to Oklahoma’s Tulsa World, Simmons spoke about these solo shows, saying the concerts give him a chance to “dig deep” and perform “obscure” material. He mentioned the songs “Almost Human” and “Got Love For Sale” from KISS’ Love Gun album.

During Simmons' March 18th show, he and his band performed "Johnny B. Goode" as a tribute to rock icon Chuck Berry, who passed away at the age of 90 earlier that day. Footage is available below

Simmons' upcoming evening concerts are planned on Friday in each of the respective cities, with Simmons on hand each Saturday to greet fans, pose for photo ops, sign autographs and conduct live interactive Q&A sessions at each Wizard world Comic Con.