GENE SIMMONS Wants Rockers To Say No To Drugs - "It's Really Time To Fu#@ing Wake Up And Smell The Coffee"; Video 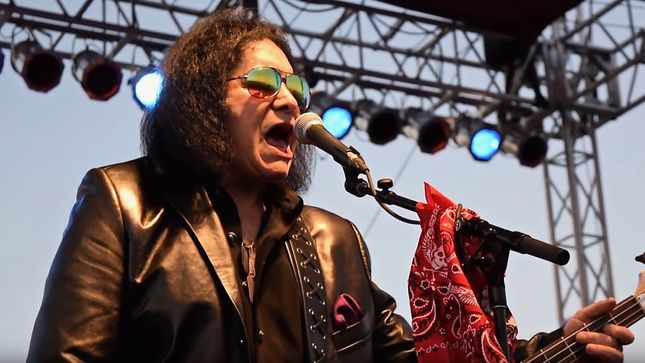 KISS singer/bassist Gene Simmons wants rockers to say no to drugs, reports TMZ. Not just because it's killing the musicians, but mostly because of its impact on fans.

Says TMZ: "We got the KISS frontman Monday at LAX and asked him to elaborate on his upcoming memoir, 27, in which he details stories about famous rock stars who died at that age. Gene, who says he's never boozed or done a drug, says his fellow rockers gotta remember there are kids out there following their every move... and the drug use influences them. On the heels of artists like Tom Petty and Lil Peep dying from overdoses, Gene wants everyone to adopt his sober approach to rock 'n' roll.