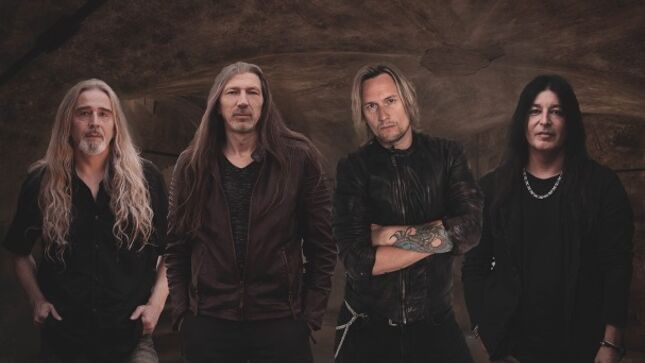 Newly formed German rockers Ray Of Light have checked in with the following introduction:

"Ladies and gentlemen we proudly present: Ray Of Light. The new hard rock foursome consists of Robby Boebel (guitar), Stephan Bayerlein (drums) - both founding members of the '90’s German rock act Frontline - Thomas "Hutch" Bauer (bass / Frontline, Evidence One, Mad Max), joining forces with UK-born vocalist Gregg Cromack. Right now they are on the mission of creating an album that will contain 'Killers, no fillers'. The release of Ray Of Light's debut album is planned for the fall / winter of 2021.

As the band continue’s to write and record in the studio we are proud to present sound bites from 'Alive' and 'Falling From Grace', both very rough mixes we pulled together just to give you an idea of what Ray Of Light is all about. So, crank it up!

We hope you enjoy it. Watch out for more news soon & share the love!!"