GHOST HOUNDS Release “Between Me And The Devil” Video 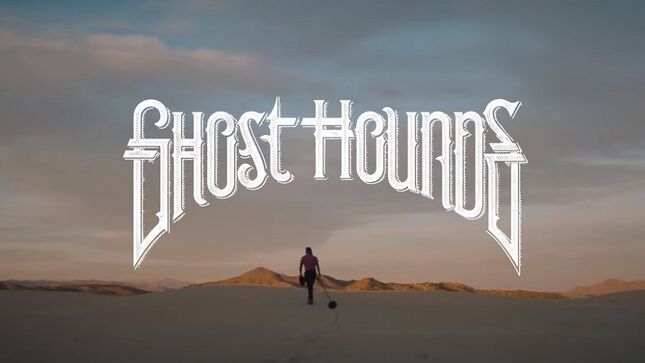 Hailing from Pittsburgh, PA, Ghost Hounds’ classic rock 'n' roll guitar tunes are the result of both Thomas Tull and Brooklyn native guitarist Johnny Baab, while the driving forces on bass and drums are Bennett Miller and Blaise Lanzetta respectively, with Joe Munroe on keys. Fronted by lead singer, Tré Nation, whose voice was simply made for rock, Ghost Hounds are a modern day rock band that plays blues inspired rock in such a way that proves that rock is not only alive, but thriving for the next generation of rock fans.

The rock ‘n’ rollers have released new single “Between Me And The Devil” and a music video accompanies it. The single is the first offering from their sophomore album expected to arrive this fall. The song is inspired by the legendary story of Robert Johnson who sells his soul to the devil for musical prowess. In the video lead singer Tré Nation makes a deal with a record label in exchange for success.

The band has spent the last year gearing up for what is sure to be a summer to be remembered as far as rock goes. Following up their 2019 album, Roses Are Black, is a new live album, Ghost Hounds Live, out now. Each track on the album was recorded during the summer of 2019 while on tour with The Rolling Stones, ZZ Top, and Bob Seger. The live album is just a teaser of what’s to come.