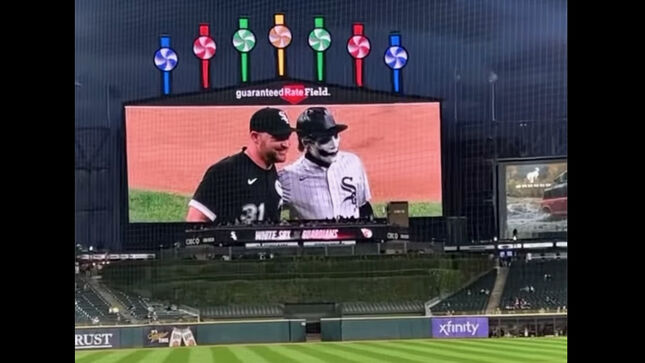 Ghost's Papa Emeritus IV was on hand to throw out the ceremonial first pitch at the Chicago White Sox vs. Cleveland Guardians game on Thursday, September 22 at Guaranteed Rate Field. Video can be viewed below:

"We wish to inform you that all good things must come to an end," begins a recent update from Ghost. "Although the US Imperatour will wrap this weekend, we wanted to leave you with this token of our appreciation for your continued support. Watch 'Mary On A Cross' - Live from Tampa 2022."

Ghost recently issued an official music video for "Spillways", a track from the band's Impera album, released earlier this year. Watch below: