GLEN DROVER - "To Those Who Want To See Me Back In MEGADETH, That Will Never Happen" 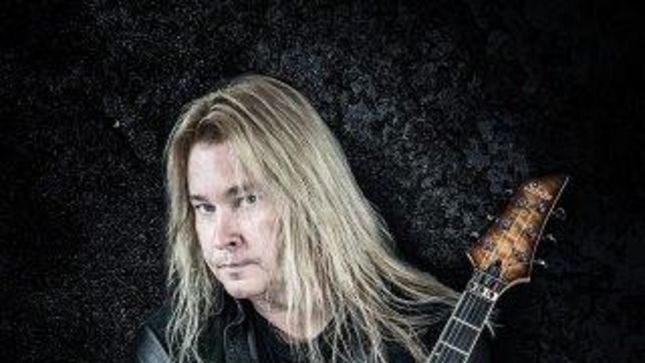 Canadian brothers - guitarist Glen and drummer Shawn Drover - both joined Megadeth in 2004. In 2008 Glen quit the band; earlier this week Shawn - along with guitarist Chris Broderick, who was Glen's replacement - resigned as well. Glen has since taken to Facebook with the following statement:

"Im very sorry, but to those who want to see me back in Megadeth, that will never happen. Other cool things coming up. Again, sorry, but there is NO chance I would ever do that. Now saying all of that, thanks a ton for all of your awesome support and it was fun while I was there playing all those cool shows and meeting a lot of you!"


Going back to the beginning, the Drover brothers formed Eidolon in 1993. Originally issued in 1996, the very first Eidolon CD, Zero Hour, was re-released in October; strictly limited to 400 copies. This version contains the very first Genocide Recordings version with all original packaging, minus the CD, which is a new pressing.

There are different bundles available, such as versions that both Glen and Shawn have signed, as well as original Eidolon Jim Dunlop picks that were made for Glen back in 1996. This album has been out of print for many years... now it's back and available via CDN Records.