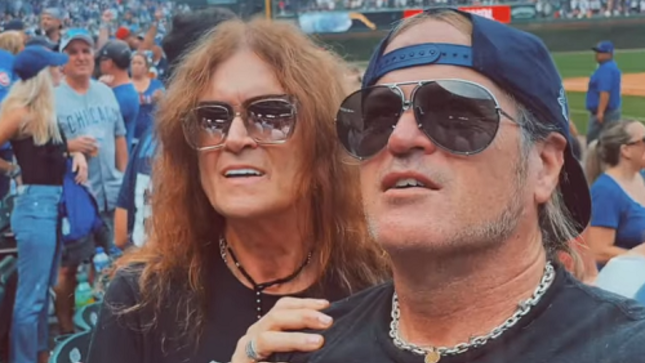 This week's episode of the In The Trenches With Ryan Roxie podcast features special guests, Glenn Hughes and Doug Aldrich from The Dead Daisies. Don't miss the live premiere on Ryan Roxie's official YouTube channel aka Roxie TV on Friday, September 24th at 12 pm EST.

The Dead Daisies are continuing to put the proverbial pedal to the metal with the band really energized about the upcoming UK tour, their first since 2018. Adding to the buzz around these dates, is the release of their seventh single, “Saving Grace” (Radio Edit), from their chart-topping album, Holy Ground.

“I’m excited about 'Saving Grace' more than any other track, the band sounds so tight… Getting back to the UK will be a dream for us after such a long break! Come and say hi ... can't wait to rock out with all of you!” - Doug Aldrich

Tour dates, with special guests The Quireboys (all dates but Cardiff) and Gun (Cardiff only):

Get tickets here. Find The Dead Daisies' complete tour itinerary at this location.