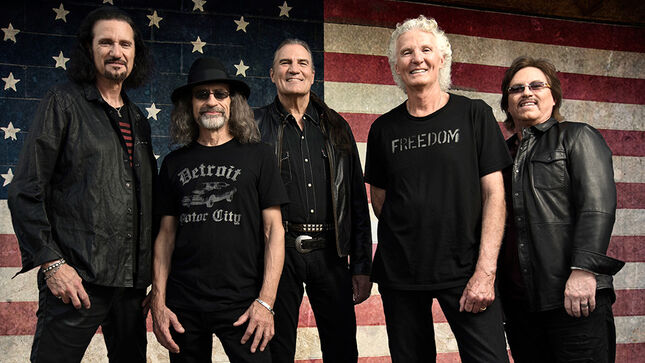 Grand Funk Railroad - the legendary rock & roll powerhouse - are gearing up to return to the road in 2021 starting July 2 in Fayetteville, GA, with another 29 shows to follow this year. View the dates below and read a Q&A with original founding member Don Brewer (vocals and drums, writer and singer of the multi-million selling hit, “We’re An American Band”).

After playing to millions of fans on the band’s tours from 1996 to 2019, Grand Funk will continue to reach both new and long-time fans on the Some Kind Of Wonderful Tour, named in honor of their 1975 Billboard pop smash. Originating from Flint, Michigan in 1969, this top-selling American rock group of the 70’s is “Comin’ To Your Town To Help You Party It Down.” Notably, this year marks the 50th anniversary of when the group’s show at New York’s Shea Stadium sold out faster than the Beatles.

Known as “The American Band,” the high-energy five-piece group Grand Funk Railroad includes original founding members Don Brewer (vocals and drums, writer and singer of the multi-million selling hit, “We’re An American Band”) and bassist Mel Schacher, “The God of Thunder.” Joining Don and Mel are true “All Stars.” Singer Max Carl is a rock veteran from 38 Special. Max penned and sang 38’s biggest hit “Second Chance” and was co-founder of California’s legendary Jack Mack and the Heart Attack. Don refers to Max as “the best blue-eyed soul singer on the planet.” Lead guitarist Bruce Kulick is best known for his 12 years with KISS and has credits with Michael Bolton, Meatloaf and Billy Squier. (KISS members Gene Simmons and Paul Stanley were influenced early on by Grand Funk.) Keyboardist Tim Cashion has a master’s degree in music from the University of Miami. Affectionately called “Dr. Tim,” his credits include stints with Bob Seger and the Silver Bullet Band and English soul man Robert Palmer.

Grand Funk laid the groundwork for such bands as Foreigner, Journey, Van Halen and Bon Jovi with its signature hard driving sound, soulful vocals, muscular instrumentation and forceful pop melodies. The fact that Grand Funk’s legacy still reigns over the Classic Rock landscape 50 years after is a testament to the group’s influence and staying power. Mega-hits “We’re An American Band,” “I’m Your Captain/Closer to Home,” “Locomotion,” and “Some Kind Of Wonderful” still receive continuous airplay on Classic Rock radio. “We’re An American Band” has received notoriety in recent years being used in movie soundtracks and in television/radio advertising. The huge hit was featured in a General Motors national TV ad campaign and in Disney’s animated feature film The Country Bears. “We’re An American Band” was featured in the Cuba Gooding Jr. film Radio, and in the swash buckler Sahara starring Matthew McConaughey.

Internationally acclaimed Grand Funk has toured the world, selling out in the US, Canada, Europe, Japan and South America. A 1971 performance at New York’s Shea Stadium sold out faster than the Beatles. The group’s widespread appeal is also evident in its prestigious recording achievements. Over their career, Grand Funk has had 19 charted singles, 8 Top 40 hits and two Number One singles (“We’re An American Band” and “Locomotion,” both selling more than one million each). The group has now accumulated 13 gold and 10 platinum records with record sales exceeding 25 million copies sold worldwide. The most recent gold CD award was presented to the band for their greatest hits package Grand Funk Railroad the Collectors Series.

The multi-talented band carries on the tradition of Grand Funk hits and creates a new chapter in the legacy of Grand Funk Railroad. GFR drew 25,000 people to their Molson Canal Series Concert outside Buffalo, 20,000 in Albany, New York, and 20,000 fans to downtown Orlando, Florida. EMI/Capitol (Universal Music) released a new Grand Funk Greatest Hits package that includes a bonus DVD of rare concert footage. Grand Funk Railroad’s 2019 “50 Years Of Funk Tour” was a huge success and now, with the group’s 2021 “Some Kind Of Wonderful Tour,” seasoned Grand Funk lovers and contemporary rock fans discovering the group for the first time will be able to celebrate 50 Years of Funk with Grand Funk Railroad. 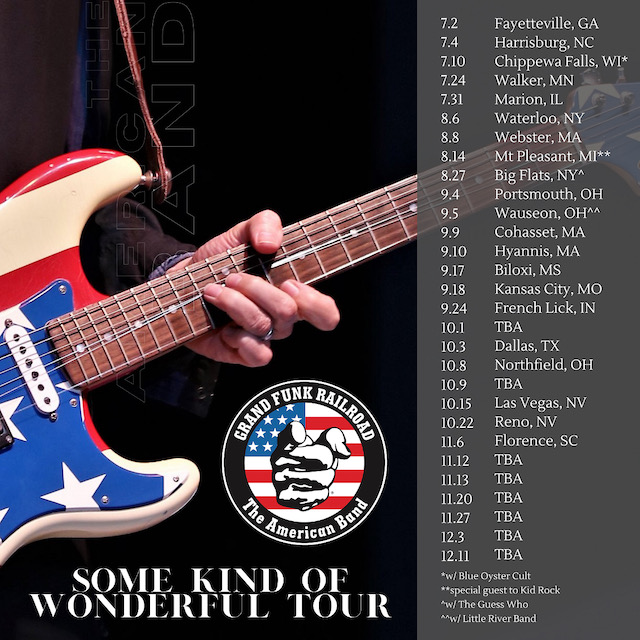 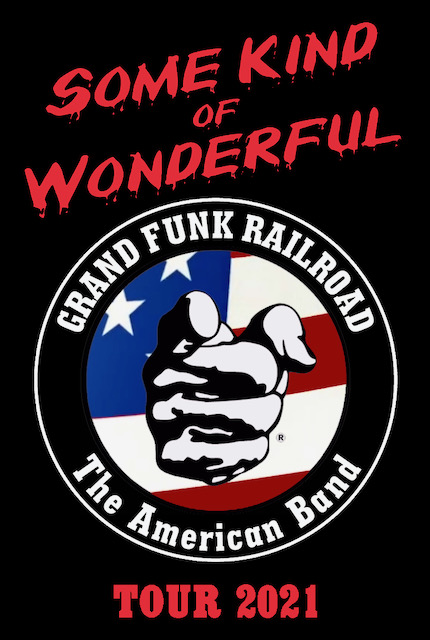 Q: What a great message you posted to fans on the band’s website: “After a long 15 months off due to Covid, the guys are excited to be back on stage playing across the USA. Kicking off in Fayetteville, GA July 2, with another 29 shows to follow this year.” Can you talk about your excitement of returning to the road? And when was the last time you had such a long break from the road?

Brewer: “I can’t wait to get back on stage and perform for people. This has been torture for me and the rest of the guys. We have been touring nonstop with this band since 2000 and the band and crew are family. Not seeing everyone on a regular basis has been very difficult. We have not had a break like this since 1982.”

Q: When the reality of the pandemic initially set in and you knew you and the band couldn’t tour, what was going through your mind?

Brewer: “When it finally sunk in that the pandemic was going to be long term, my thought was: Is this it? Is this the end? Very depressing. So I stayed in touch with the guys by text and email and started rehearsing daily just to stay optimistic.”

Q: During your time away from the road, did it give you the opportunity to spend some time doing things you perhaps hadn’t done in awhile?

Brewer: “While stuck at home during the pandemic I found things to do around the house that had been neglected for years. After nine months I ran out of projects.”

Q: What did you miss most about touring? Well, maybe not the plane rides…

Brewer: “I miss two things touring. Being on stage in front of the fans playing our music and being with all the guys in the band and crew. We are brothers.”

Q: Looking ahead to your first show on the 2021 “Some Kind of Wonderful Tour,” what thoughts do you think will be running through your head when you take stage and hear the crowd applause?

Brewer: “When we take the stage for the first time in over 15 months and hear the crowd and applause, I’m sure I will be thinking “Thank God!”