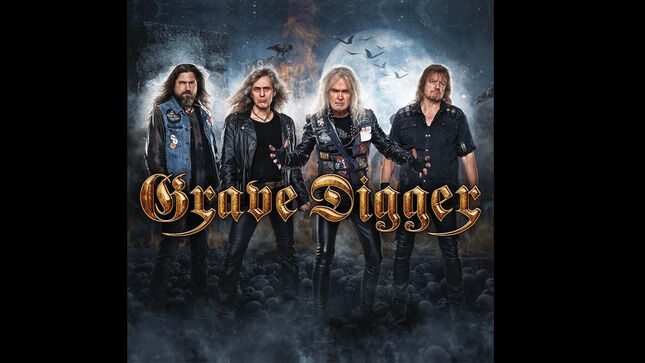 Legendary German metallers, Grave Digger, have announced an exclusive appearance in Greece for 2023 at the Golden R. Festival in Volos.

Grave Digger and their music, since they were created in 1980, 42 years ago, are one of the first bands that every young person who enters the magical world of heavy metal will listen to.

Lovers of Greece, to the point that they covered the legendary song "Hellas" by Greek rocker Vassilis Papakonstantinou and even had his participation on their latest album, they announced a single exclusive live performance in Greece for 2023 and more specifically at the Golden R. Festival of Volos.

Carrying a big catalog, which counts 21 full-length albums, dozens of live albums, EPs, singles and compilations and countless live performances at all continents, today they are going through the most mature phase of their career, performing live in the biggest metal festivals of the planet.

So they are preparing their bags, putting their favorite country on their concert map for 2023, announcing a single exclusive live performance, choosing Volos and the legendary Golden R. Festival.

The historic festival, which this year marks 21 years of presence in the country's concert events, will take place on Friday and Saturday, September 1 and 2, at the Open Municipal Theater of N. Ionia Volos, and Grave Digger is the first of a total of 16 bands initially expected to be announced. 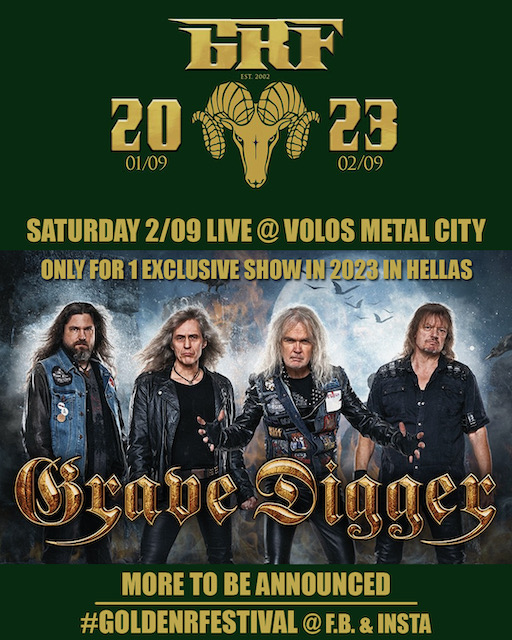