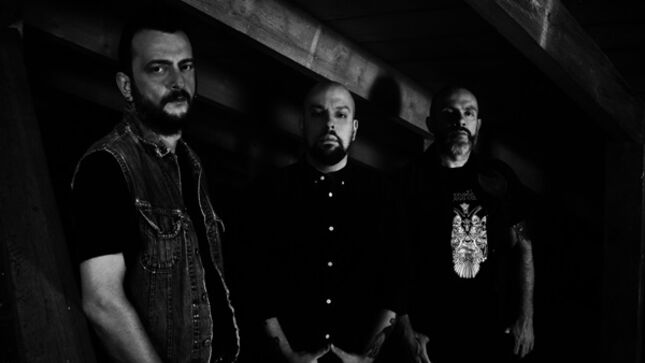 Greek epic heavy-metal trio Black Soul Horde have just revealed a lyric video for a brand new song off the band's forthcoming third album Horrors From The Void. Lyric video for “The Betrayal Of The King” is streaming below.

"To me this is a powerful and very personal song which is why the vocal delivery is so emotional." Says vocalist JIm Kotsis about this new song. "Despite the fact that the lyrics seem like they're dealing with the topic of an actual battle, taking place in a medieval setting with kings, castles and all, the song is actually about the struggle of snapping out of a difficult situation, whatever this means. Our everyday battles are never-ending and as years are passing by and shit's getting real, one needs more and more inner strength to overcome the difficulties and move forward. Never give up - Never surrender - Always fight to the end!"

Produced and mixed by guitarist John Tsiakopoulos at Mothstudio Productions in Athens, Horrors From The Void was mastered by Mario Methenitis at Loud Monster Mastering and features the talents of Vasilis Nanos as session drummer.

Heavily inspired by the Lovecraftian universe, Horrors From The Void presents eight new tracks full of heavy riffs, killer hooks and epic melodies and is set for release on CD featuring two additional extra tracks and digital on November 10 via Vinyl Store. A vinyl release is tentatively set for early 2022. Pre-orders will announced soon.