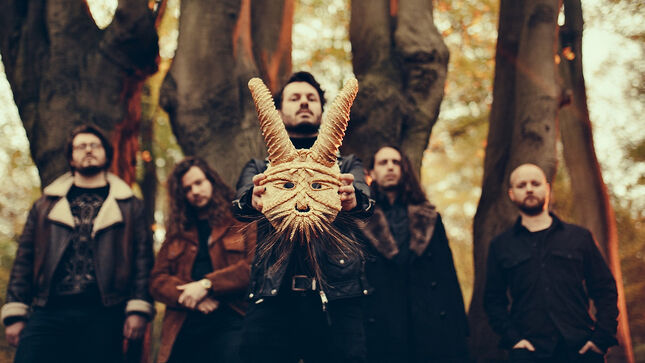 "We have enjoyed resurrecting one of the first songs we wrote as a band, 'Lady Lucifer', on tour with Clutch - it's incredibly satisfying to play a song that started its life at basement shows in cavernous theatres! So it feels only right that we resurrect the video from the vaults, too - you can behold the grimy DIY origins of the band in flickering Dungeonvision."

Stream "Lady Lucifer" here, and watch the video below:

The band's rich blend of proto-metal and doom laden hard rock, steeped in distinctly British folklore has proven a monumental hit across their debut EP Free The Witch (2018) and two critically acclaimed albums Woodland Rites (2019) and Black Harvest (2021). Watch the re-released video for "Let The Devil In" below.

Vocalist, Tom Templar comments on the signing to Nuclear Blast: "We're incredibly excited to partner with the team at Nuclear Blast to usher in the next era of Green Lung. Over the past five years we've gone from playing DIY basement shows and selling our music on home-taped cassettes to playing international festivals and working with the world's biggest metal label, and that's entirely down to the support and enthusiasm of our endearingly cult-like fanbase. We can't thank you all enough for your faith and support in getting us to this point, and rest assured we're only just  getting started. We've spent the past few months hoping to repay the debt by writing our most ambitious album yet, and look forward to getting back into the studio to record it. But before then, we'll be embarking on our biggest tour to date, supporting Clutch across the UK and Europe this November and December. Come, join our rites!"

Senior A&R, Nathan Barley Phillips states: "I was lucky enough to catch Green Lung play at London's infamous Black Heart venue right before the covid lockdown kicked in during early 2020... I then spent two long years desperately waiting for another opportunity, thanking the blesséd wheat-weaving gods when Desertfest rolled around again in early 2022 and the stars of the goatwizard finally aligned. This band has riffs for days and I am so proud and excited to welcome them to Nuclear Blast. A special thanks to AMF Music Publishing for helping to make this happen - I can't wait to see what we can all achieve together!"