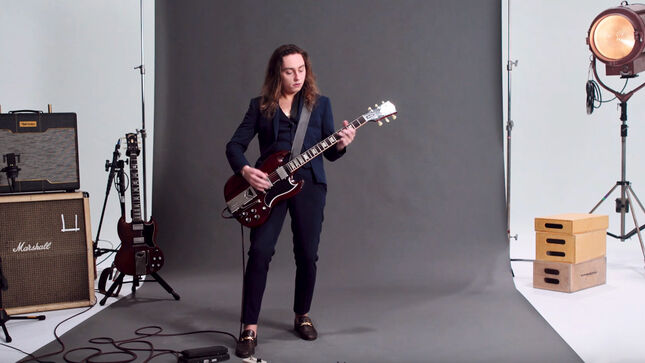 A message states: "Undeniably one of the most iconic six-strings of all time, the SG is a guitar played by many but tamed by few. Conquering a guitar with this much personality and grit, it’s clear why Jake Kiszka plays the Gibson SG.

At the age of 12, Jake and his dad visited a local Guitar Center, where Jake stumbled across an entirely new experience, the SG. It was kismet. Looking back, Jake believes that the SG gave him a new form of expression, “getting the first Gibson that I had gave me identity.”

This is Jake Kiszka of Greta Van Fleet and his episode of My First Gibson."