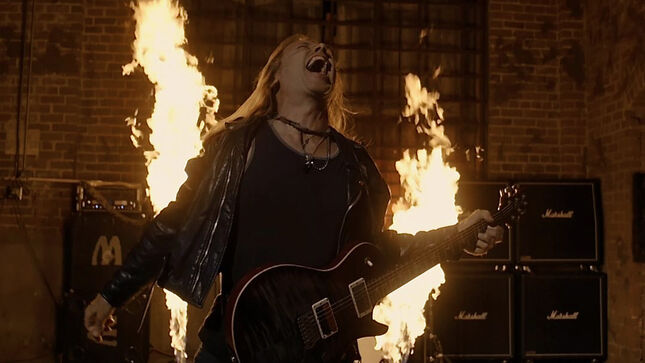 A playthrough video for "lectric Necromancer" can be viewed below.

"This song was inspired by my love of everything from Dimebag Darrell to Frank Zappa. There are several moments that do not conform to traditional scales and keys. It has a heaviness mixed with harmonic complexity that should appeal to both fans of Metal and Prog." - Brent Barker

Brent adds: “This is exactly the type of song that first drew me into playing guitar. Loud, Heavy, and on an unapologetic path to F*$K SH&*^ UP."