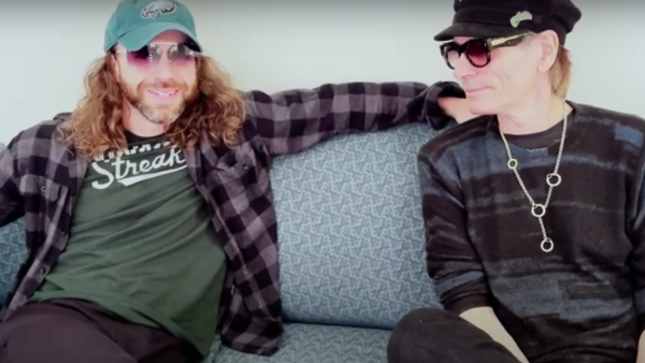 In a video announcement, found below, guitarist Dave Weiner reveals he has decided to leave guitar legend Steve Vai's live band after 23 years in the trenches. Vai joins Weiner in the video with some heartfelt parting words.

Vai also announces Weiner's replacement in the clip below.

Weiner: "Twenty-three years.. I've been honored, privileged, blessed to play with a living legend. The gratitude that I have is immeasurable. As life has it, you get to choose your own adventure, and I feel it's time to choose a new adventure after these 23 years of playing together."

Vai: "Dave has been an incredibly beautiful soldier, an absolutely accomplished musician. I can't even quantify our good fortune over these 23 years. We had so much fun, we've seen so much, we've been through so much, we played so many notes, we've played some great shows."