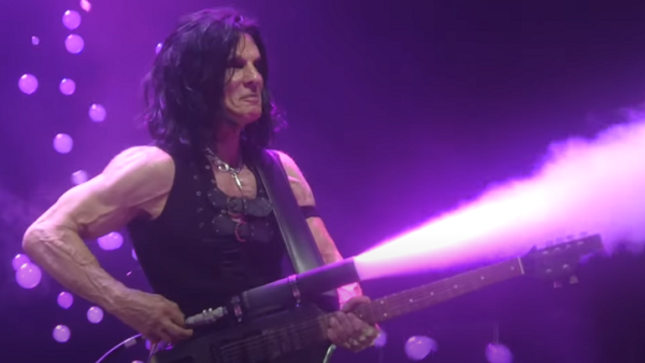 Back in July, Metal Sludge posted that it was rumoured that guitarist Kane Roberts would be returning to Alice Cooper's band. Guitarist Nita Strauss announced her departure from the Alice Cooper band after eight years of playing with the legendary rocker and Roberts was indeed welcomed back to the fold.

Roberts played with Cooper from 1985-1988 and performed on the albums Constrictor (1986) and Raise Your Fist And Yell (1987). He played his first show with Cooper since 1988 on September 7th at the fall tour kick-off show in Bethlehem, PA at the Wind Creek Event Center. Fan-filmed video is available below.