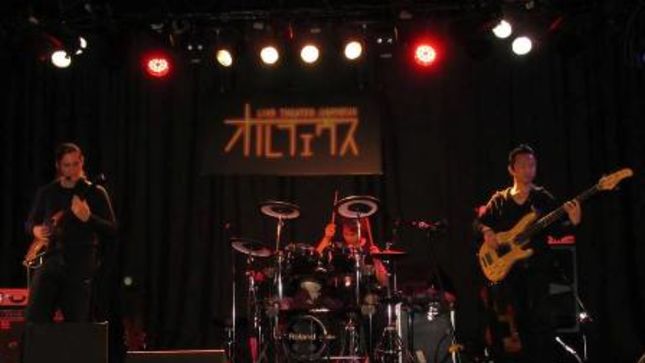 Following the successful worldwide release of Tim Donahue's Madmen & Sinners album featuring Dream Theater vocalist James LaBrie in 2004, guitarist Tim Donahue composed the follow-up work Madmen & Sinners II, which he has chosen not to release on CD but rather perform live. The opportunity to perform Madmen II as well as an extensive backlog of new progressive works has come with Akira Yamazaki and Shigeru Nimura joining the Madmen line-up.

The band performed on December 25th at Live Theater Orpheus in Tokyo (Koiwa), Japan. The opening track from Donahue's upcoming opera The Cage, to be premiered later this year, was performed on the night featuring guest vocalist Tomoe Kinoshita. Check it out  below.

Donahue: "Thank you to everyone who came to the Madmen Christmas Concert, and for making it a night we will never forget! I'm getting some excellent footage and photos now, and will post. Thank you everyone for your intense support!!!

Madmen & Sinners recently rehearsed a new track entitled "Metalopera" and posted the recording via Soundcloud. Check it out below.

Donahue spoke exclusively with BraveWords scribe Carl Begai about the new venture, explaining that the "new" Madmen & Sinners was born out of his recently launched live trio, Noize Machine:

"Noize Machine was not a good choice, and it should have been Madmen & Sinners all along. So it is. We'll be starting rehearsals for gigs this autumn, start some photo taking and will add a gallery page to the website.

Can't wait to play the Madmen II music; better late than never, right? It took this long to get to this point, can you believe it? The musical urge just hit me like a ton of bricks.

I'm also planning to release a video of "All That Remains", a track James did with me during the Madmen sessions. It's a shame for folks not to hear it, so I'm putting together that vid now. I may even do the track live."