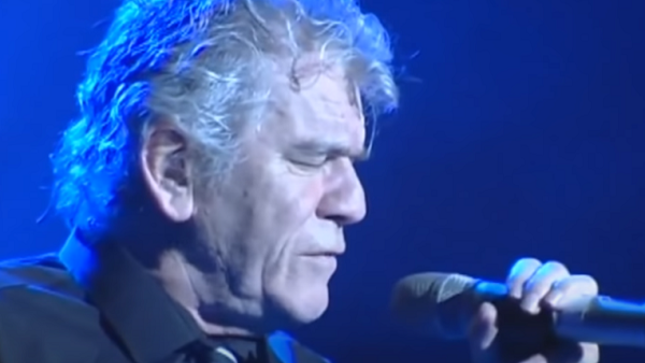 "This is the saddest announcement I ever had to make. Maryann and the family have lost a wonderful loving husband and father, I have lost my best friend and the world has lost one of the greatest singers who ever lived.

"Too upset to say anything more at this time."

Guns N' Roses frontman Axl Rose has paid tribute to McCafferty in a message via Twitter.

"Haven't addressed this... been a tough pill to swallow. Very, very sad to learn of the passing of Dan McCafferty of Nazareth. I learned a day or so after, right before a show. Was in a bit of a surreal headspace on stage for several songs. Went on a Nazareth binge for a few days. Thanks Dan n' all of Nazareth for all the music over the years. Their music n' Dan's voice will always have a special place in my heart. Rest in peace Dan."

McCafferty, who was born in Dunfermline, Scotland, was the frontman for Nazareth from it's inception in 1968 until 2013, when he retired from touring due to health reasons. He appeared on all of the band's albums until 2014.

See posts from Ricky Warwick and Mat Sinner below: