GUNS N' ROSES - How "Patience" Became A Classic, Even Though AXL ROSE Hated His Vocals; Professor Of Rock Investigates (Video) 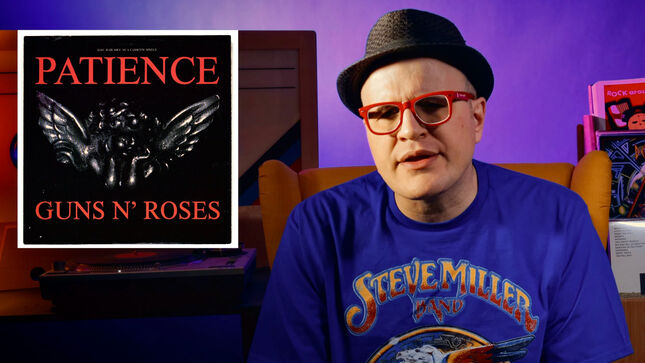 "Gun N’ Roses had just come off a massive album that shook the world called Appetite For Destruction, with a batch of controversial heavy rock songs that had parents and teachers in an uproar and teenagers hanging on their every word. Every one was fired up about their upcoming material... Surprisingly, it ended up being a sensitive, kind-hearted song about being tolerant and understanding… What? It was a song that traded in face melting riffs for soft and affectionate acoustic sentiment called 'Patience'. It became a huge hit even though the lead singer hated his vocal on it, and everyone’s still trying to figure out who it’s really about. Up next Axl Rose, Izzy Stradlin, Duff Mckagen and the great Slash on the song that got me grounded and punched in the stomach. Find out next on Professor Of Rock."